{I've Been Reading} There are Sequels! 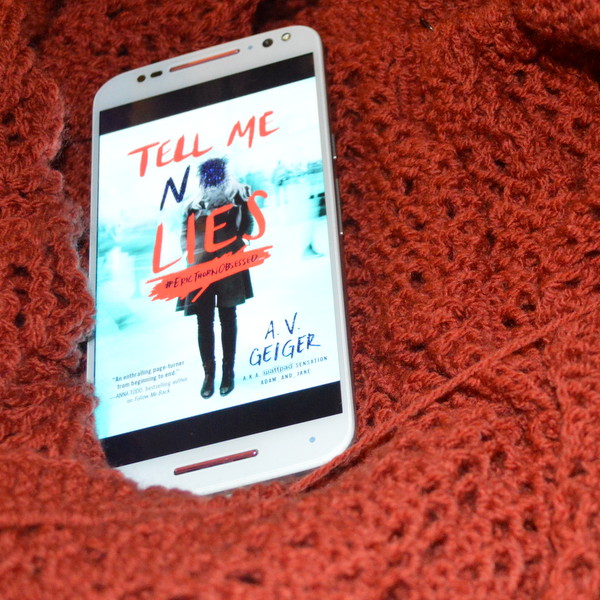 I've told you before that one of my absolute favorite things about Amazon Kindle is the ability to have a book available to read as soon as I've got it into my head that I want to read it. (As long as the book's been published. Counting down to publication dates is still a problem.)  I do try to be more sensible about my book purchases than I used to be, but if I know I want to start reading right away, I order.

That's what happened a few days ago when I realized that there was a sequel to Follow Me Back by A. V. Geiger, that YA thriller I was gushing about last spring. As soon as I knew  that  Tell Me No Lies existed, I wanted to read it. (The plan was actually to reread the first book and go get the second at the library, but I couldn't wait and buying the Kindle edition cost less than gas for an extra trip into town. Plus, I could read most of the book in the time that the driving would've taken.)

Follow Me Back left its readers with an idea of what might have happened, and Tell Me No Lies picks up and continues Eric and Tessa's story in the same  format of fragmented police interviews and chapters that alternate between the two main characters. There's a lot of waiting to see what will happen and a lot of suspense that kept me turning the pages. It's a YA thriller, heavily rooted in social media and obsessive stalkers and I'm not saying that I believe for an instant any of this could happen. But it's sure a fun read!

It turns out that there's also a sequel to Adrift by Micki Browning. I'll be ordering that one as soon as I know I'll have time to sit down and read it.
Posted by Michelle at 4:00 AM

Kindle has become a go to for me, also, especially for travel. I resisted getting a smart phone for years, but after a trip to San Francisco, I knew I'd be getting one for Google maps alone. Little did I know it would also become my camera, my books, and my tour guide. Sure has lightened up my baggage.