Towards the end of the summer (which never felt like summer at all because we were so busy with lockdowns and wildfires and all the rest of it), my idea was to finish as many projects as possible so I could plunge into Maynia and start a whole slew of new projects without any guilt. I don't tend to feel guilty about new starts, but it seemed like a good idea.

I didn't finish projects. Not even the little one that I could've done in an evening. But it's not May yet, either.

Now it's January and I'm starting new things left and right. There are THREE stich alongs that I'm plunging into. 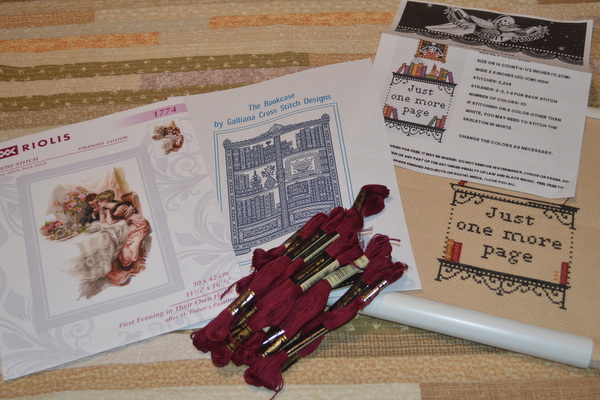 My friend, Amy, messaged one night and asked if I'd like to SAL Just One More Page from Night Spirit Studio with her. It's a free chart that I'd already planned on stitching. I had the fabic and floss already. Or course the  answer was an enthusiastic yes.

Riolis is doing a stitchalong, #stitching_stories_with_RIOLIS, with a gorgeous kit promised to everyone who completes the requirements. My stash is full of their kits, so why wouldn't I participate?

I've been wanting to start a big, ambitious, single color project. I was thinking something from Long Dog Samplers, probably Pandemic because I've got the chart for that one already...then someone told me about a project he was working on by GallianaCrossStitch. That was a company I hadn't heard of before and I Googled and found the etsy shop and fell in love with The Bookcase (and The Welsh Dresser and The Stitching Shelves) and it turns out that there's a SAL for that one just starting....

That's three new starts, two of them fairly huge. I think I'm just going to do Maynia in January. Which doesn't mean I can't do it again in May if I decide to. There are too many things to worry about right now without worrying about how many projects are in my tracker.

The very nice people at Riolis offered to send me one of their new kits if I'd do an unboxing video. Of course the answer to that was yes and now I'm watching the post office box for Distant Shores to arrive. 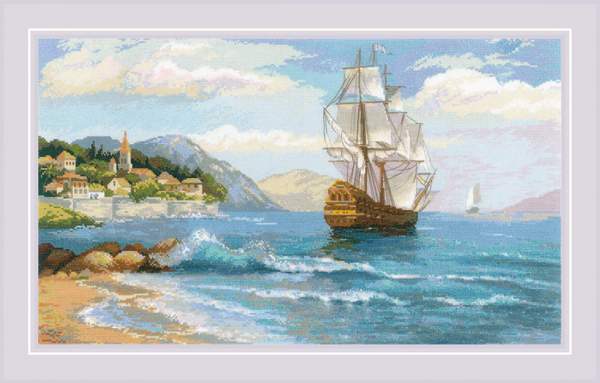 Remember when I saw that estate sale and decided I needed a big picture of  a sailing ship for my own kitchen?  I promise, I almost definitely won't hang it in my kitchen when/if I get the whole thing stitched.
There's also another kit I ordered during a Black Friday sale and everything I've already got going and, like I said, I know that other things will catch my eye. But sitting and stitching, even if it's way too many projects that will take an unthinkable number of hours, has to be better than sitting and staring at the walls and worrying about the state of the world. So I think I'll try to do that.

{I've Been Reading} The Wife Upstairs

The Wife Upstairs by Rachel Hawkins

Jane walks dogs for the rich women of Thornfield estates, occasionally helping herself to bits of jewelry that she's sure won't be missed. When she meets Eddie Rochester -- and he's so smitten that the next day he buys a dog so he'll need a dog walker -- she quickly seizes the opportunity to move into the gated community herself, leaving behind her roommate and everything from their shared apartment. There's nothing from her past that she wants to bring into her perfect new life.

Her new life isn't perfect. Jane knows that everyone is comparing her to Eddie's dead wife, Bea, who was tragically lost in a boating accident only a year earlier. The house and neighborhood are full of reminders of Bea's presence, especially all of  the home decor from the company Bea founded. It fills her new home and the homes of their neighbors. There's also someone from Jane's own past that she can't quite get rid of.

I still haven't managed to read Jane Eyre, so I can't tell you how this compares to the original, but it was a fast paced domestic thriller that I thoroughly enjoyed.

The Woman Outside My Door by Rachel Ryan
This one is a chilling, fast paged domestic thriller. As soon as Georgina finds her son sucking on a lollipop he didn't have moments earlier she knows that something is wrong. He tells her it was a gift from "New Granny," a woman he met at the park while he was playing in the bushes. Georgina's husband insists that Cody's imaginary friend is just that -- imaginary. There are lots of places a little boy could get his hands on a piece of candy and they both know that their son misses his real grandmother, who recently passed away. I love that this story is told from beginning to end, all from Georgina's point of view as she tries to figure out if "New Granny" is a real person or if her sanity is starting to slip again. Her thoughts frequently stray to "The shadows. The clock. The Stuffed animal." and I felt like it took a bit too long before she finally explained that to the reader.
Disclosure -- The publishers provided me with advance review copies. This post contains affiliate links.
Posted by Michelle at 4:00 AM No comments:

To say that 2020 was a rough year is such an unimaginable understatement... 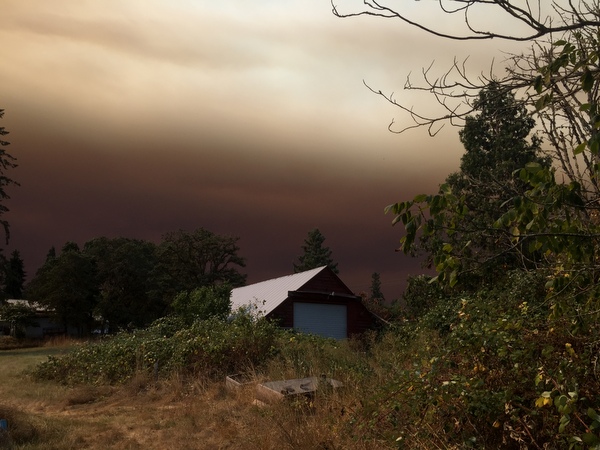 For our household, it started with a broken fridge. Then bigger things happened. Then the virus hit. We've been lucky on that front. No jobs lost, no one in the house or our little extended family sick, although we've been exposed and had to hunker down more than once.

In March, I was on my way home from dropping my son off at work and hit deer. TWO deer, because it's 2020. Not long after, my daughter's husband hit a deer and shortly after that his parents hit a deer -- all on the same stretch of highway where none of us has seen deer in that area except for the ones that wrecked our cars.

I started driving my daughter's little Subaru that she'd parked it in the barn for one of her brothers to grow into. By summer, I was driving with the heat on full and  the windows down to keep it from overheating, but the only places I could go were to dive my son to work and do some grocery shopping, so we kept muddling through.

There was a whole lot of "just muddling through" in 2020.

Then there were the wildfires. We live beside the highway. The first day, it was nothing but horse trailers as people moved their livestock. The next day it was equipment, tractors and boats and classic cars...  Every neighbor we talked to was either packing up or heading out. We made plans for who was riding in which car. I had nightmares about what was going to happen if traffic on the Interstate was backed up and the Subaru, which couldn't idle in a drive through on its best days, overheated.

That hypothetical "what would you grab in a fire" took on whole new meaning. I now know what I'd grab immediately.  And what I'd take in the second and  third loads as the fire was steadily burning in our direction. At its closest, the Holiday Farm fire was six or seven miles from our house. I made the mistake of looking at Google Earth and confirming that there was nothing between us and the fire but dry fields and timber.

It finally rained and we felt safe enough to return out belonging to the house. The Subaru reached its expected end and I now have a reliable car. Which is great, but I can't go much of anywhere.  Last week, the drama was flooding. Not enough to reach the house, but enough to make me seriously nervous as I watched the water rising towards the road.  I know what will happen when the stream floods, but the water has never gone over the road before. It didn't this time, either, but it was unnervingly close. 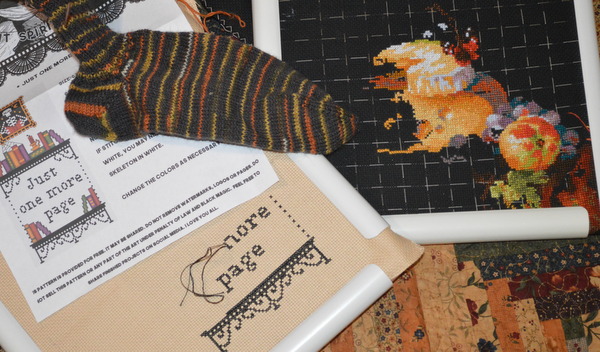 Over the past few weeks, I've tried to stitch and knit, but my nerves are absolutely shot. Yesterday was better. I spent a couple of happy hours stitching cheese and started a new project. There are actually three SALs I want to start in January and I've got a couple of other things in mind. If life cooperates, I'll be posting about them.

Let's Make Baby Quilts Linky Party Rules:  Link directly to your post or specific Flickr photo. Your post can be about a baby quilt that's finished, or in progress, or you can be writing about what you have planned,  as long as it's about baby quilts. You're welcome to link to baby quilt posts that aren't brand new, but please don't submit the same post or picture more than once. I'd love it if you linked back to my site, either with a text link or the Let's Make Baby Quilts! button.

You are invited to the Inlinkz link party!

Click here to enter
Posted by Michelle at 4:00 AM No comments: