Yup, it's my almost annual post about how I like the idea of corn mazes more than I like actually trying to find my way out of one.... 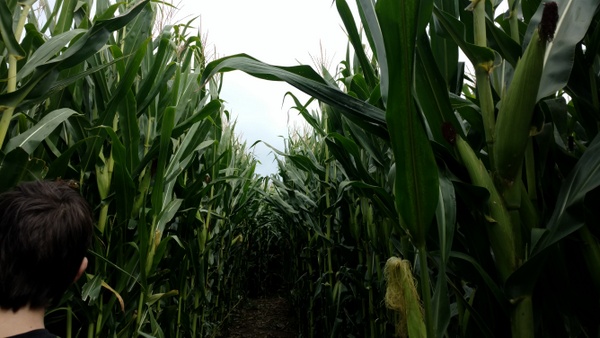 This year's maze was actually the best ever. The corn was swaying over our heads and my middle son and I were just about the only ones in there. Now and then we could hear cars or the tractor that pulls the hay ride, so we at least knew that we were close to one of the outer edges...but we never did  find the exit. By the time we'd accidentally looped back to the entrance I was just ready for it to be over.

I did find the exit to the Dark Maze for the first time in I don't know how many years...on my own because my sons had already left me behind in the darkness. And I found it before they did, so I think I should get some kind of bonus points for that achievement. Usually we try a few times and I wind up going out one of the emergency exits. 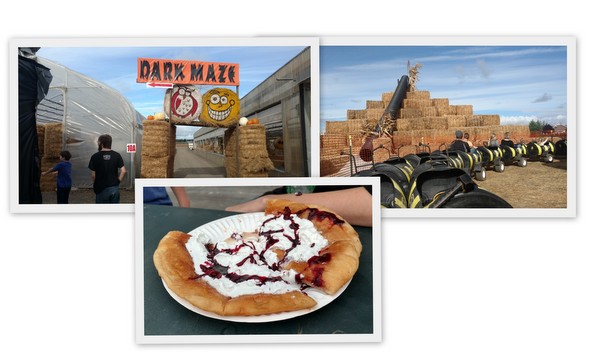