{Books and Yarn} The Breakdown

You know those projects you cast on and then absolutely can't put down? This is one of those. 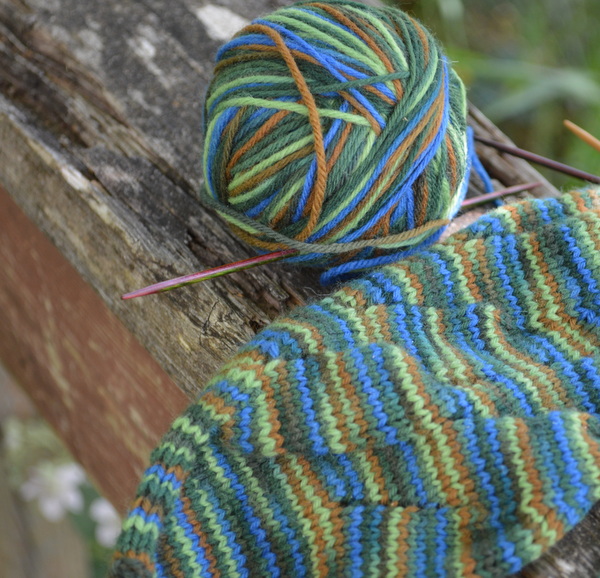 Would you believe that this is a different colorway of the same yarn I used for those purple socks? The colors are doing exactly what they should. There wasn't a knot to be found in either skein. I've got my fingers crossed that the color pattern continues to behave now that I'm past  the heel. And once I start the second sock. 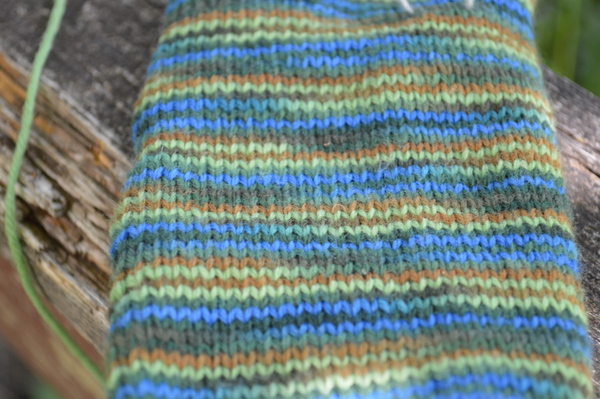 The Breakdown by B. A. Paris

I almost gave up on The Breakdown after the first few chapters because I couldn't wrap my head around what the protagonist was doing. Cass had promised her husband that she wouldn't take the shortcut home through the woods, but she did and along the way she drove past a woman alone in a parked car.  I don't get why she didn't call the police after learning that the woman had been murdered and that she was probably the last woman to see her alive.  Unrelated to the murder in the woods, Cass is suddenly suffering from lapses in memory and fears that she's showing the first signs of the early-onset dementia that her mother had. But she won't tell her husband about that, either. When I picked this book to read, I thought there would be a compelling reason why Cass couldn't tell anyone that she'd taken the shortcut. But there wasn't. She just refuses to be a grown up and do the right thing. Farther into the book, things do get more interesting and I'm glad I kept reading until the end. But I didn't enjoy this book nearly as much as I enjoyed Behind Closed Doors, the author's first novel.

The Decorator Who Knew Too Much might be my favorite of the Madison Night mystery series. Like the other books, it really captures the madcap feel of an old Doris Day movie. When Madison's tasseled straw hat falls into the river and she bends over to retrieve it, she spots a face floating just below the water's surface. When the police arrive a few minutes later, the body is gone. Madison expected her working vacation with Hunter to be a romantic getaway,  but staying with his sister and her husband becomes more and more awkward. Jimmy resents Madison because the police investigation triggered by her report of the body is delaying his development project and costing him money. There's a little less emphasis on the mid-century stuff in this book, but the details that the author does include create a wonderful atmosphere. I'm also warming up to Madison more than I did when reading the other books.

Disclosure -- I was provided with an advance review copies by the publishers. All opinions are my own. This post is linked to iknead2knit, and  Frontier Dreams

I love your knitting. That yarn is beautiful.