I only spent about twenty minutes knitting (if that) while we were on Kauai, but these are the ones I'm going to remember as my Hawaii socks. When I was putting together the yarn for my Summer yarn sampler, I had this skein of Mary Maxim Tropical Breeze set aside for the trip. It seemed appropriately beachy. 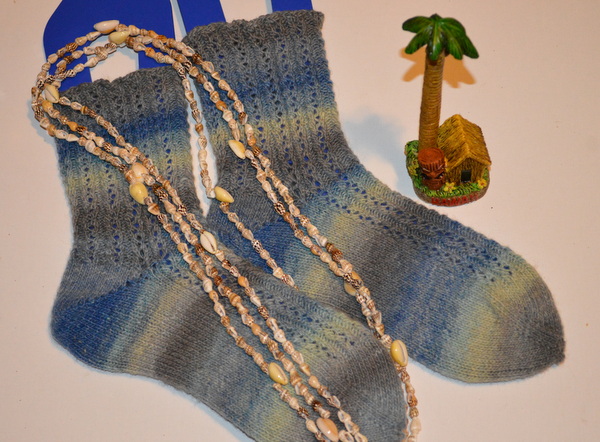 I wound up using that same lace rib pattern that I used for the pink Esprit socks a couple of months ago. It's easy to do from memory and just by looking at the needles I can tell where I left off, as long as I don't put them down in the middle of a round.

I'm surprised at how nice this yarn was to work with.  I bought it on clearance at Craft Warehouse for three dollars a skein and didn't have high expectations. It was really nice to knit with and had an almost cottony feel, except there's no cotton actually in it. 75% wool, 25% nylon, according to the label. Not a single knot or splice or weird spot and the gradient played nicely all the way through both socks. 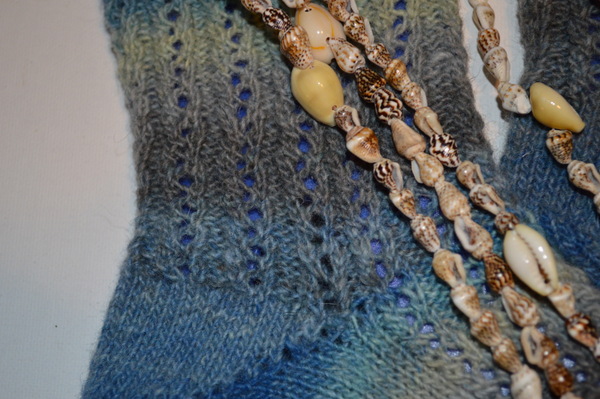 Hand knit socks make a great souvenir, even if I don't spend much of the trip actually knitting on them. Last summer, I worked on the haunted hotel socks with their mysteriously appearing rabbits.  The summer before that, I had my hayride socks which had nothing to do with the trip as far as colors or name, but the resort had convenient hay bales placed around the pool with decorative lanterns so I'm not going to argue with that.

I'm kind of giddy that we got to see the waterfall from the opening credits of Fantasy Island. (And the one from Jurassic Park, but that's not quite as exciting.) 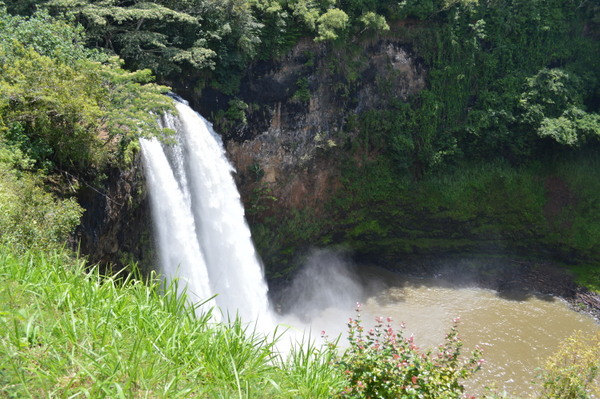 I wondered about using this stitch pattern again so soon, but then I decided if it's okay to use k2p2 ribbing on a dozen pairs in a row it should be just as acceptable to use an easy variation. Do you reuse the same yarn and/or pattern more than once? 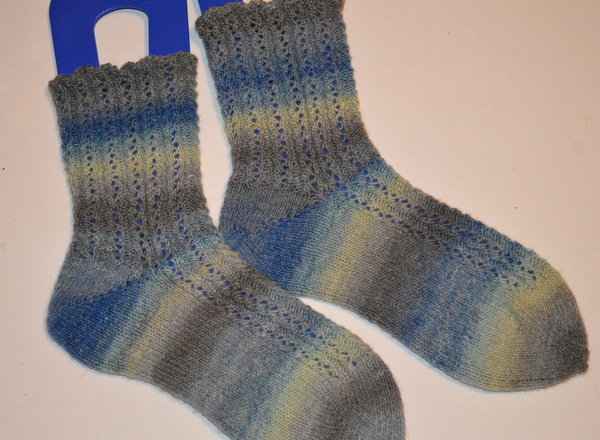 Your Souvenir socks turned out very pretty. I do use the same ribbing pattern on most of my socks (which is not nearly as many as you have done), but now I'm in a rut on the leg portion. I am so slow knitting socks, that I usually use the plain jane pattern. With your Frankensocks, the interest comes from the yarn, right? lol