I'm not sure who came up with the idea for "Arbitrary August."  I first heard about it last year on Flosstube. The rules as I understand them are that you let an app pick which project you're going to stitch on -- for the day or week or however long you decide. I'm taking it an hour at a time and since my phone doesn't have room for extra apps, I numbered my project tracker and I'm using the Random Number Generator pick for me. The other stitchers have fun colorful wheels. 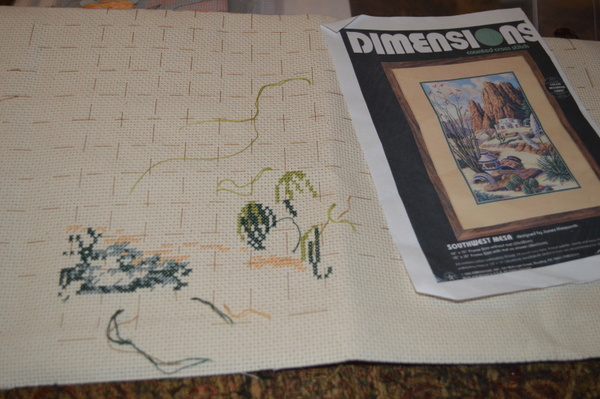 Depending on what number comes up, I either feel like I "get to" work on a project or that I "have to." Southwest Mesa was definitely a "have to" -- at least for the the first hour. I started it for Stitch Maynia and, as much as I want to stitch this piece, I didn't enjoy the first stitches. After forcing myself to work on it for an hour I was actually happy that the Random Number Generator picked it two days in a row. 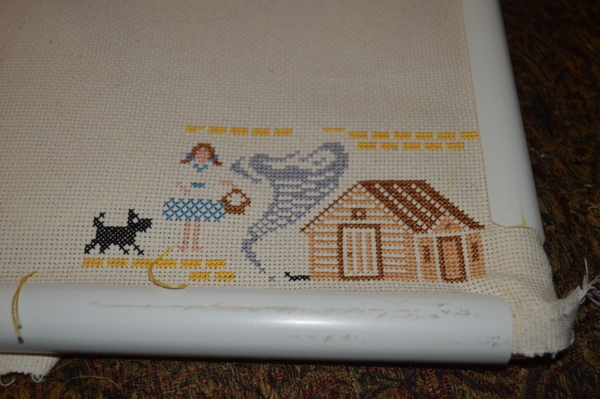 The Emerald City SAL was definitely a "get to" stitch on project. I was enjoying it at first, then got distracted by other things...until I started seeing people's finished projects. This thing is GORGEOUS once it's done. And it's a free download so if you're a Wizard of Oz fan you should click over and add it to your to-stitch pile. 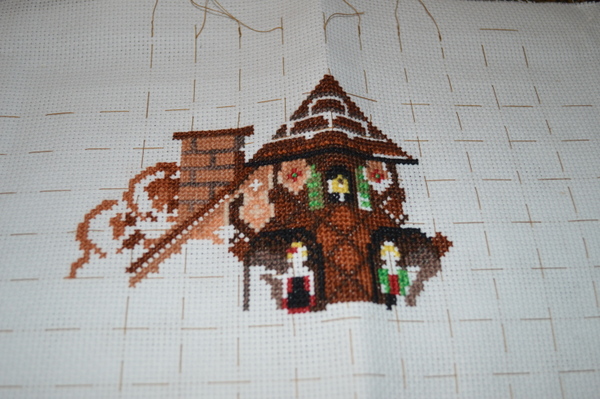 Cuckoo Clock wasn't one I felt very strongly about. I love this project, but it hasn't been calling to me as strongly as some other things.

I've also worked on Canner's Kitchen and Furry Friends and (because it made me) I  cast on the second Smock Madness sock.

On Thursday night I was feeling awful so I picked my own project and managed about twenty minutes before giving up and playing silly games on Facebook until the Benadryl kicked in. I don't know if this is allergies or a summer cold, but it's hitting me hard. This isn't a competition and no one else cares what I stitch.  What it is is a good way to pick up projects I've been neglecting a remind myself that I really do like them, or maybe just put in a few more stitches before tucking them away again.
Posted by Michelle at 4:00 AM