Bicentennial Temptations -- The Weirdest One Yet

Happy Fourth of July! I don't usually do holiday posts, but on Wednesday we found the absolute weirdest piece of Bicentennial decor yet. That's at the end of the post. First, I'll share the mid-70s patriotic finds that you might have forgotten.

It started with the lamp with the Declaration of Independence on the shade. I don't know why I'm so fascinated by this stuff, but I am. I would've been four years old in 1976, so I don't remember the event but I remember the decor...probably from much later. 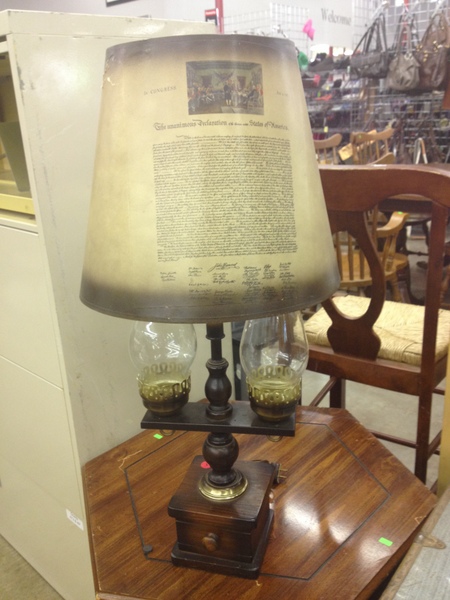 I still can't quite wrap my head around this lamp, but it's nothing compared to what the boys found.

The unframed Bicentennial crewel piece came home with me by accident because it was in a plastic bag and all I could tell was that it was embroidery and dirt cheap. I will, at some point, probably do something with it. 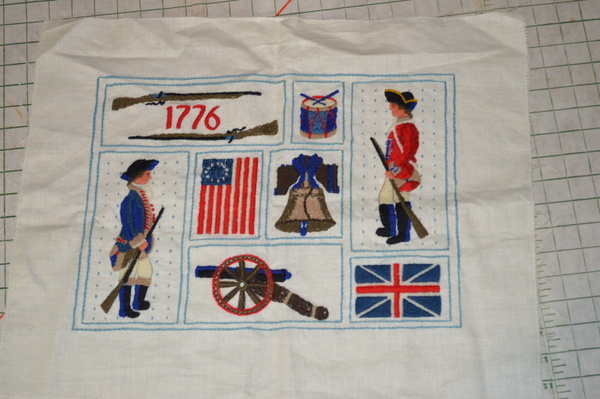 And then there was the tablecloth, still in its original package with the suggestion to buy one to use and one to keep as a cherished heirloom. We didn't buy that. 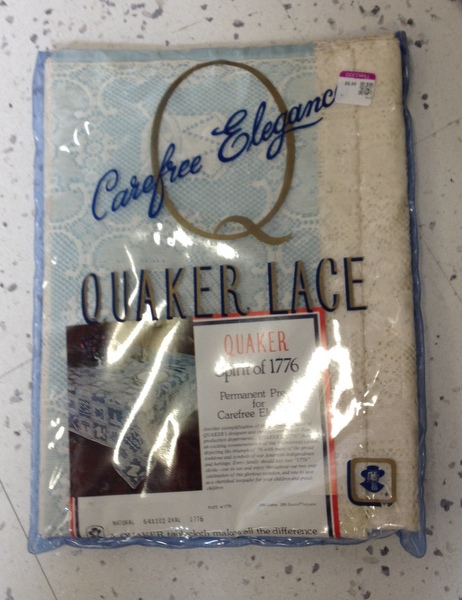 Yesterday we were in a local antique store that's going out of business (that'll be my next vintage post) and one of my sons pointed out this thing...because of course they want a rotary candlestick phone with the stars and stripes on it. 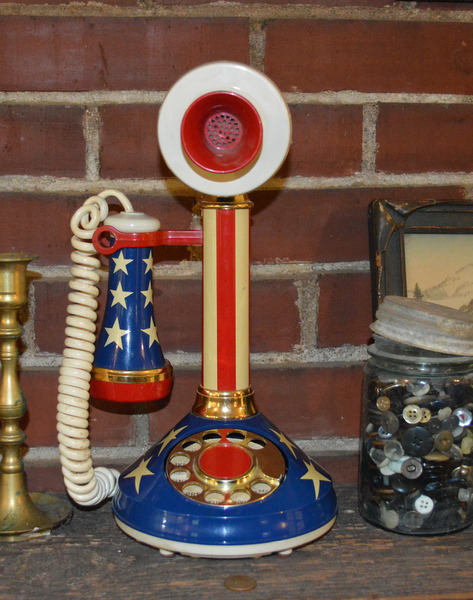 The owner of the shop told them to take it, so now the two oldest boys are sharing custody. I know that I said last week I've always wanted a candlestick phone...and I have...but this is so totally not what I had in mind!

It was made in 1973 and it's red white and blue, which is why I'm assuming it was for the Bicentennial even if the first candlestick phones would've been a century too late for it to make sense.
Posted by Michelle at 4:30 AM

I was 14 years old the summer of 1976, so I remember it VERY well. It seemed like EVERYTHING was red, white, and blue, and it was for quite a while -- at least a year heading into it and then all those R, W, & B products stuck around...it was a bit much! Thanks for the trip down memory lane. :)