More Quilts I Want to Make

My budget won't allow me to buy all of Elizabeth Hartman's amazing patterns. I thought there were only six or eight more that I wanted, then I made the mistake of Googling and there are sooooo many new ones since the last time I looked.  That might not be a problem if so many other designers didn't have the same effect on me.

I've been wanting Awesome Ocean for a while. It's got otters and sea horses and puffer fish and that other wonderful sea creature that I'm too lazy to look up the correct plural for... 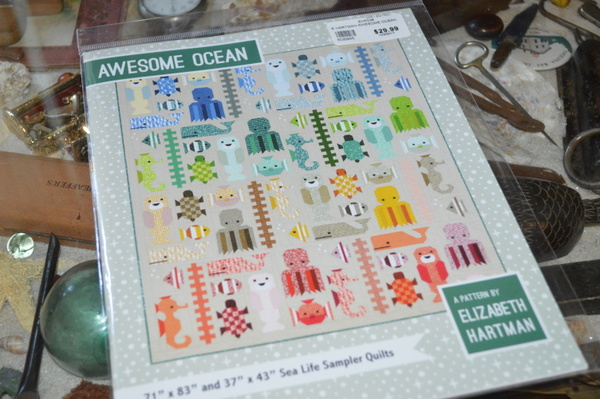 I could think of so many different ways to justify buying this pattern and I almost snapped it up when I got a Craft Warehouse gift certificate for Christmas. I'm glad I didn't because when I stopped in on Friday they had a forty percent off coupon -- which is as rare as hen's teeth for that store.

I hadn't seen Cuckoo! Can you just imagine this one in scrappy calico browns? 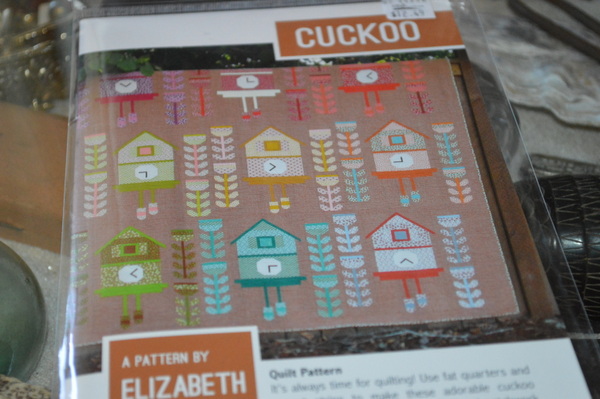 As I was putting this post together I discovered that Awesome Ocean is available on Amazon for slightly less than I paid with my coupon. That is not a bad thing, because it puts the rest of her big complicated patterns within reach.

I should probably make one of these first, though.
Posted by Michelle at 4:00 AM

Definitely make one first before you get another pattern. I'm making Fabcy Forest & found the process to quite 'fiddly' . I'm sure I will be happy with the final quilt but it's taking a while to get to that point..