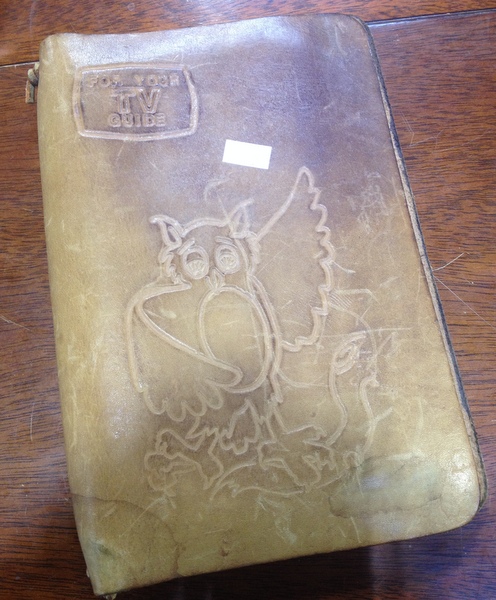 I can vividly imagine the family room that might have spent years in. It's got a woodstove and cedar shakes on one wall. And it might be in the same house that had these... 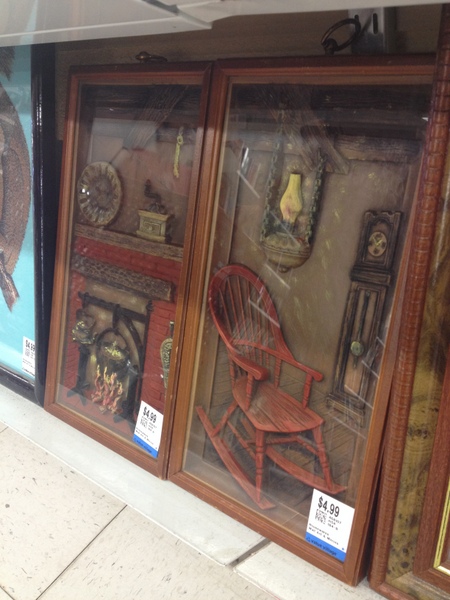 I always love fireplaces with cooking going on, and the kerosene lamp and clock made it even better. They were molded plastic and had depth to them and I'm lucky something else distracted me or they might've followed me home.

When I was about ten, we had an Intellivision. Everyone else I knew had an Atari, but my parents owned an appliance store and Intellivision was what they sold because it was, in someone's opinion, better. My early childhood gaming days were spent playing games no one's ever heard of and when I was in my early twenties I got rid of the console because Super Nintendo had just come out and no one was ever going to play games like these again. 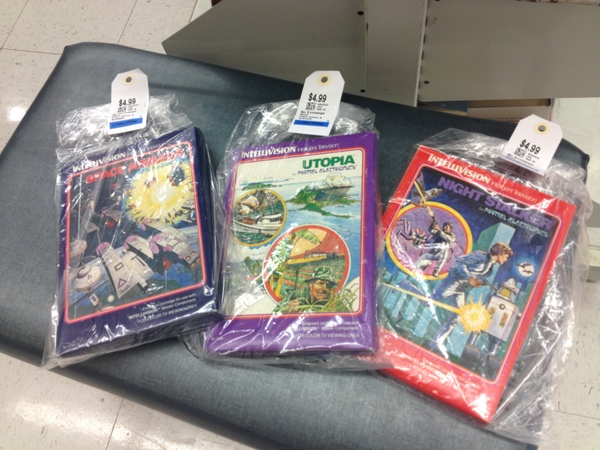 So of course I went on to have three sons who are all super into retro gaming and I've been kicking myself ever since. I hadn't thought of these particular games in years, but as soon as I saw the Night Stalker box I could hear those flapping bats. With a dozen games it seemed like there had to be a console, so we searched the entire store until we found it. 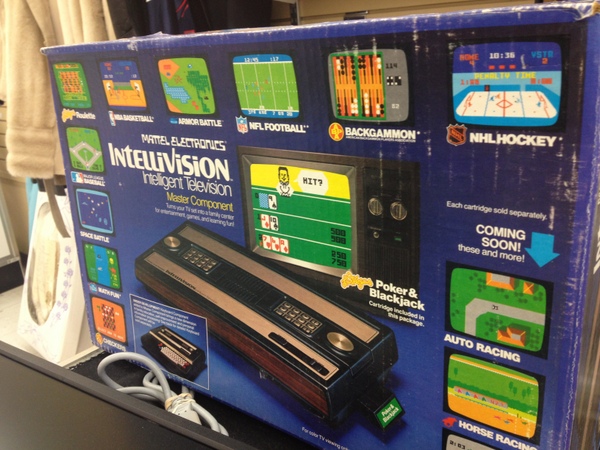 I suppose it's a good thing they wanted eighty bucks, because that was way out of my budget for something that might or might not work.

I looked it up when we got home. Night Stalker has bats, but they don't make noise. The flapping bats are in Advanced Dungeons and Dragons and it's probably a good thing they didn't have that one, because it might've been too much temptation to resist.