Remember how we spent our week scrambling to get the hives ready and then I found out the night before I was supposed to pick them up that the bees themselves wren't ready? I got lucky. 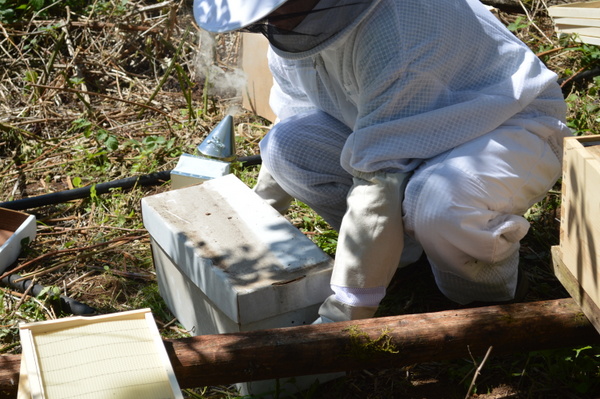 These are nucs. We've always bought our bees in packages, which are a completely different thing. You can see those in this post. I've ridden with four kids and five hives worth of bees in the back of the minivan with no problem...and I told the guy we were going to drive the van and he said that there wouldn't be a problem. 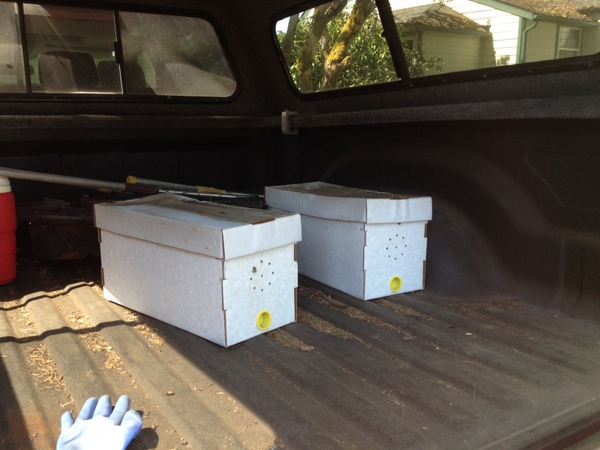 We got both nucs installed into the hives without any trouble or stings, even though I was standing way too close and not wearing a bee suit, but bee day can never go easily. One hive has two queens and two definitely aren't better than one. They'll fight to the death (that's how bees work) and hopefully they don't both die.

Maybe there's no such thing as a drama free hive? 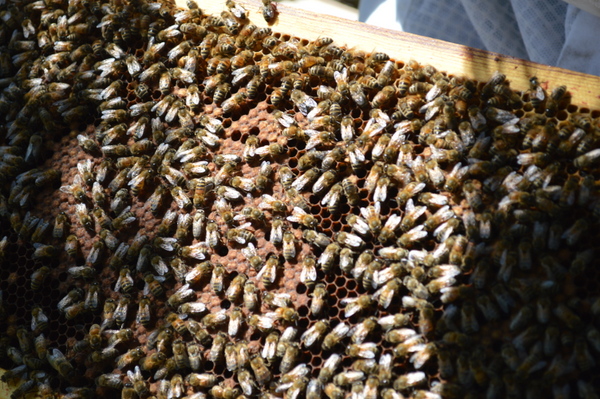 You are one brave lady. I so admire you for having bees. I wanted some years ago when I was gardening a 6,000 sq. foot organic garden with lots of veggies. Could not convince my DH to help me with garden or bees, so didn't get any.