{Museum a Month} Does the Zoo Count?

My plan to take the kids to a different museum every month has gotten off to a slightly rocky start. Unless I can count Christmas Storybook Land, we missed December. I made a last minute effort to get the kids to an art gallery, but it was closed for the last week of the year and we didn't  find that out until we'd slogged across the very muddy, very rainy park to the building.

Now we've had another slight change of plans. My husband told me about a deal that the Portland Attractions Marketing Alliance is offering. Members of any of the twelve participating attractions get free admission to a different one each month. The least expensive family pass is from Deepwood, which happens to be where my husband and I got married almost twenty-eight years ago....

So the two of us went and bought a membership and took a tour of the house together, which was gushy and romantic and wonderful and I'll take the boys back later. 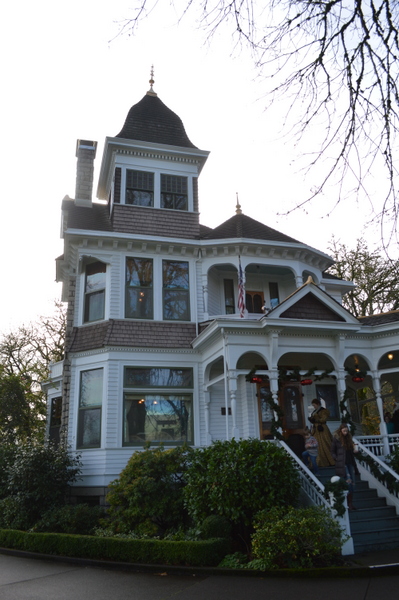 January's admission is to the Oregon Zoo, so on Saturday we packed up the kids and took a road trip. It wasn't as rainy as the weather forecast had been predicting and we had a good time.

Some of the new exhibits let you get really close to the animals... 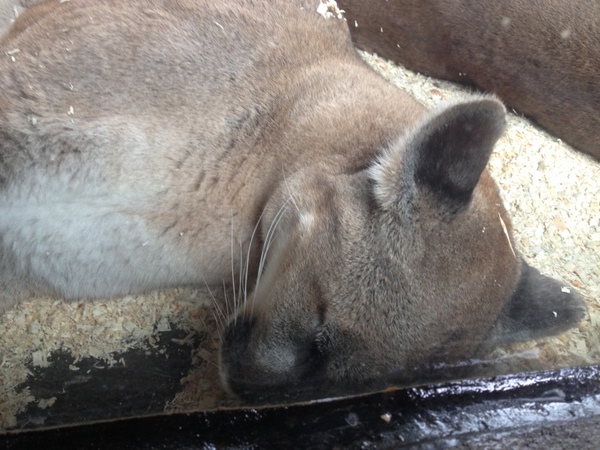 This is completely different from the zoo of my childhood memories. The exhibits are larger, which is a good thing, but there are fewer animals. I was kind of disappointed that there's no zebra. We pass one in a field on our way to the grocery store every couple of days, but it's only a fleeting glance and I was expecting the zoo to have one. 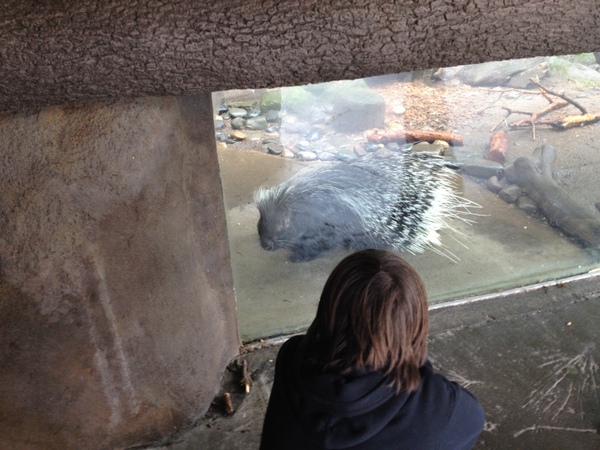 One thing I wish I'd realized years ago is that zoos aren't all the same. I'd always heard that Portland had a pretty good zoo, so when we traveled I didn't think of zoos as an option. Then one year we found out that the zoo in Denver had a giant anteater (he wasn't on display the last time we visited) and Komodo Dragons and the blind cave fish I was so fascinated by when I read about them in a Trixie Belden book as a little kid. The zoo in Albuquerque has Tasmanian devils and we're hoping to see those on an upcoming trip.

I'm going to do better in February. Our new Deepwood membership gives us admission to a bunch of other places and I still have all of our original plans. I won't be posting on the first of March to say that we missed another month.
Posted by Michelle at 4:00 AM

Hi Michelle that's a great idea to visit a different zoo each month and I love that big house ,I can imagine
all the memories that it bought back ,thankyou for sharing xx

This is a great idea for your family. We in St. Louis have a fantastic zoo, if you ever get this far West. It is only one of a very few that is still FREE to the public, although there may be a cost to park if you don't arrive before all the free parking spaces are taken.
We do have more than one zebra, I know, but not sure there are Tasmanian devils there. Will have to check that one out. There is a wonderful petting zoo for the younger kids that still entertains me.