Counting Down to Christmas

I've barely even started shopping, but I've brought Evil Santa down from the sewing room. We don't do Elf on the Shelf. We've got this guy watching over us... 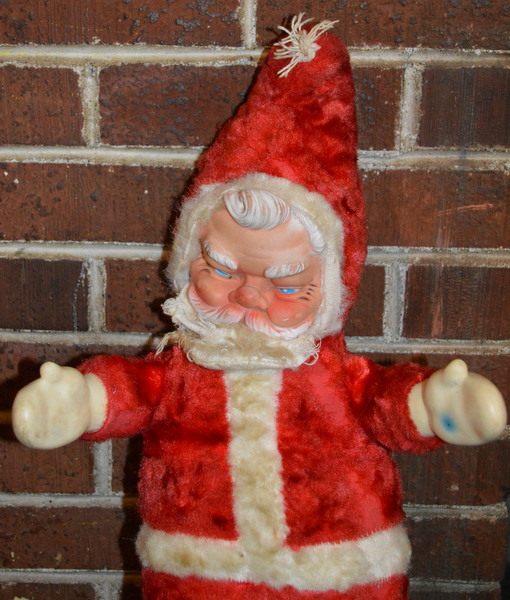 This Santa used to terrify me every year when Grandma put him out at her house for Christmas.  He was scary in the same way that Red Riding Hood and the wolf hiding behind her grandma's bonnet was. They scared me, but I loved them just the same. Grandma decided to get rid of him a few years back and of course that meant he had to come live at my house.

For as long as I've known this Santa, he's had that blue spot on his hand and I've been wondering where it came from. I used to see one of his twins lurking in every antique store.  My kids, most likely inspired by Invader Zim's Santa Song of Doom, have named him Evil Santa.

And of course they've never been even the slightest bit afraid of him.

While we're on the subject of Santa, did you know that Santa Catchers were an actual thing?!  Check out this instagram post and make sure to scroll to the next few picture to see exactly how it works. Basically it's a plastic bear trap that you set near the tree and while the kids are sleeping, you spring it and leave a scrap of red fabric between the teeth. Betting my kids would have LOVED that!

In addition to putting out one decoration, and making a little cardboard house with glitter on it, I made a batch of Snickerdoodle Fudge which is already long gone. Next time, I'll try the version that has crushed cookies in it. 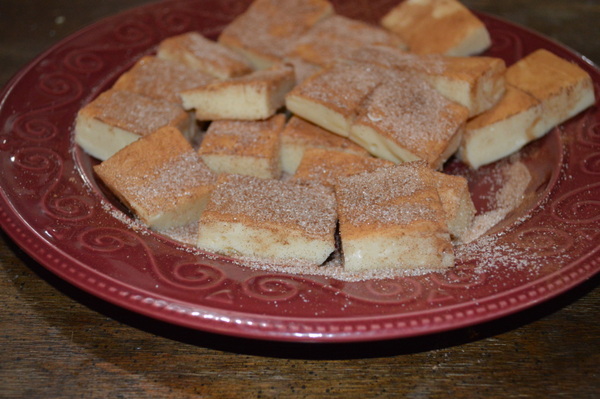 We also made it to Christmas Storybook Land for the first time ever.  The tree is still on the porch, but it'll make it inside soon.
Posted by Michelle at 4:00 AM

My husband’s family had that Santa and gave it to us when the boys were little. I’m not sure if we still have him. He was in bad shape.

Oh my! I love the santa catcher! That is something my daughter would love to do for her 3 yr old!