Ever since we moved down here and I found out about it, I've been wanting to take the kids to Christmas Storybook Land at the fairgrounds. I'd heard ads on the radio and it was free and Christmas-y and there are fairy tales involved. Even my boys kind of like fairy tales...especially if they're the scarier original versions. 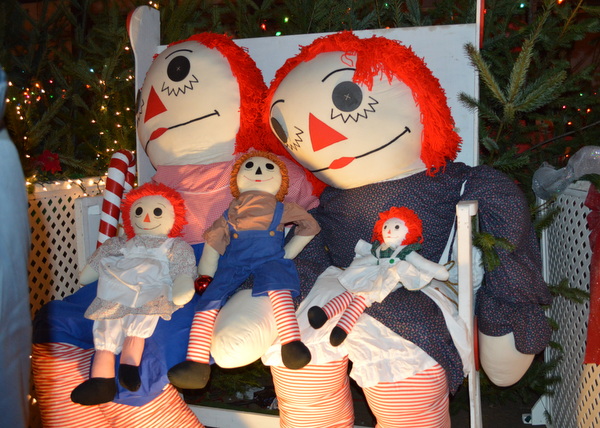 It's taken me more than ten years to get my ducks into enough of a row to pull this off. Storybook Land only runs for the first two weeks of December, and during the week it's only for two hours each  evening. That doesn't give me a whole lot of chances.

Now that we've been, I wish we'd started going when the kids were a lot younger. The Christmas village is amazing. All of the not-so-little shops are furnished and you know I'm a sucker for dollhouses.  There were model trains, too, but I can't get excited about Thomas. 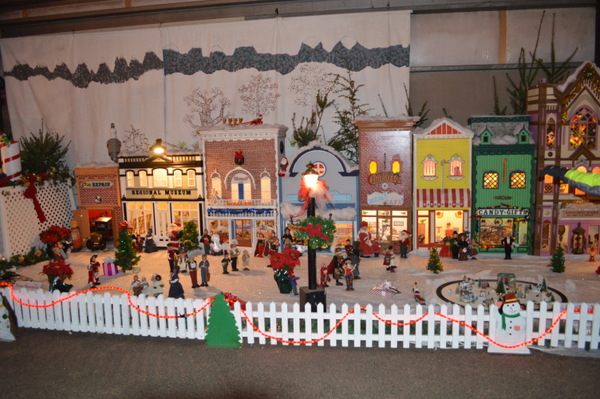 I love the fairy tales. Red Riding Hood's Grandma's cottage had a bit of an Alice in Wonderland vibe. That's one HUGE wolf! 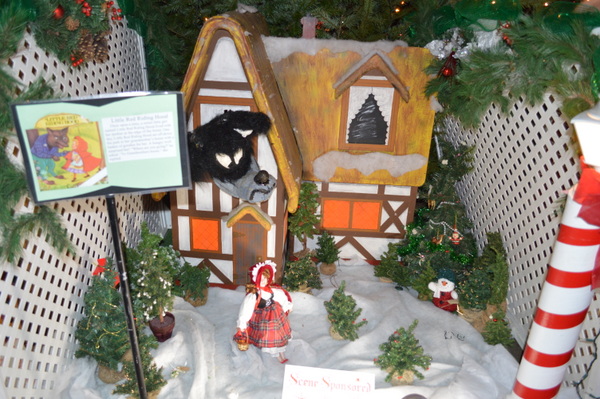 Some of the displays are absolutely gorgeous. Some are less so. 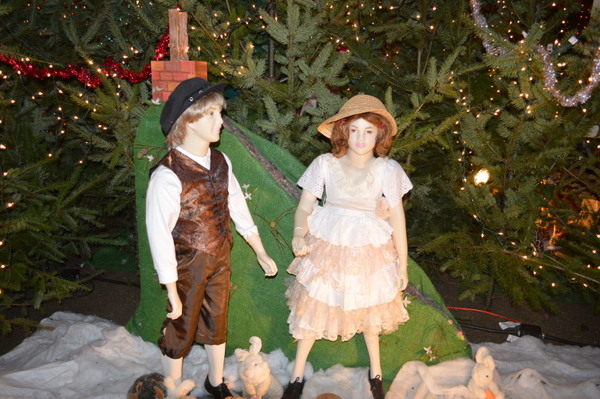 I think there's a display for each and every Disney movie. Some were really fun and some were just kind of confusing. I swear there's a noose in that gold garland, but I didn't want to ask the boys their opinion and risk someone overhearing me, assuming that no one wants to explain to their little kid was a noose is. 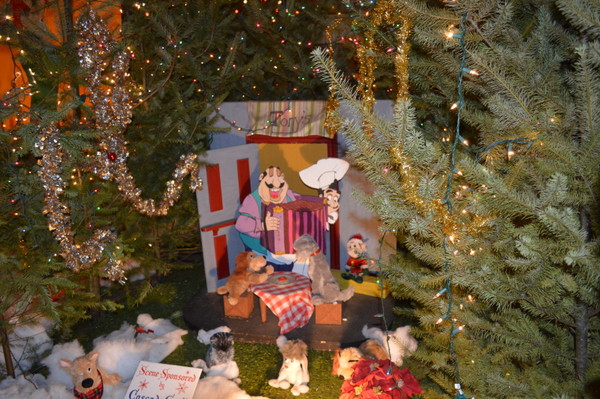 As usual, I got way too caught up in the experience and didn't take nearly enough pictures. If you want a peek at the rest, I found a video over on YouTube.  We'll be going again next year, I hope, and I'll try for more pictures.
Posted by Michelle at 4:00 AM