I was playing around with videos this week and forgot to take any still pictures in the thrift shop. Sorry about that! You'll either have to watch the video to see what I was tempted by, or be satisfied with the new projects that followed me home. 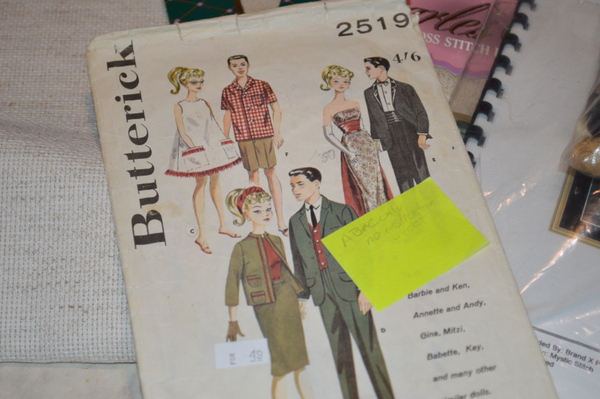 The sticky note on the front says that it's A, B, and C only and that there are no instructions. So I was forewarned...but I at least thought that the patterns would have some markings on them! 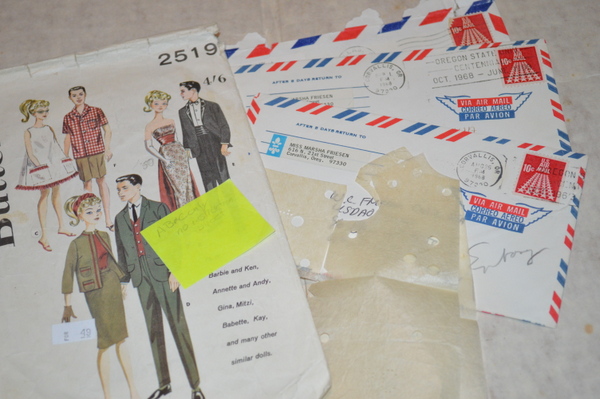 The old air mail envelopes the pieces are sorted into almost make up for that, though. How neat! And for a quarter, I'm not too sad. I might just use the outer packaging for a project.

This was the same shop where I found the fantastic haul of cross-stitch kits a few weeks back. Would you believe that they had more this  time?! There were probably a dozen kits, along with all of the aida a stitcher could want. Every last one of the kits I left behind last time was gone...which makes me wonder what's come and gone since then.

This one was so tightly bagged and stapled that there was no way to see what the image was. Why do they do things like that? 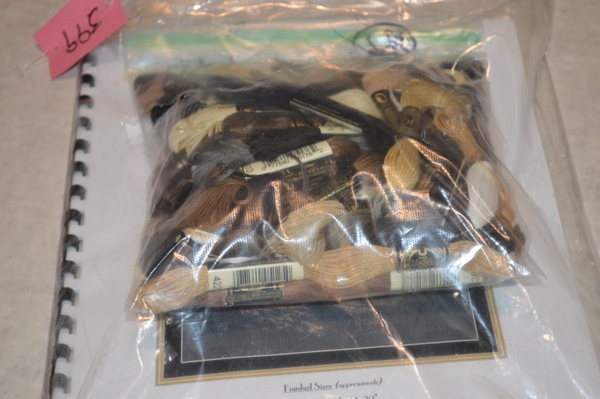 Grandma would've opened that bag right up, but I think you've got to be a certain age to get away with that. The designer name and the colors of the floss had me intrigued, so I poked a hole in the plastic just big enough to get a peek at the chart. 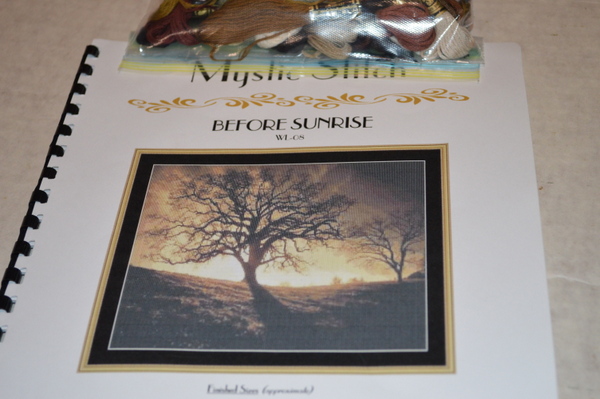 This has to be from the same mystery stitcher. It's completely and totally our style. I was thrilled until I got it home and took a look at the chart. 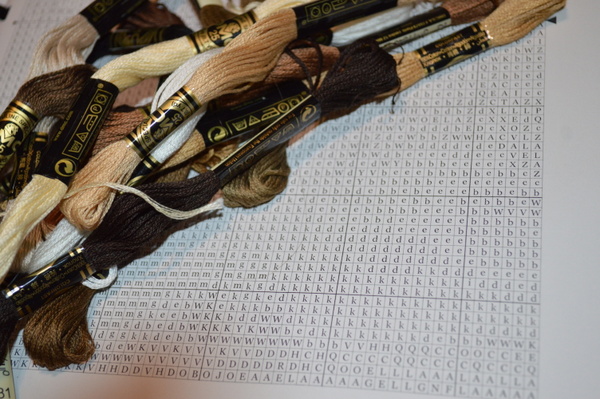 Either I'll figure out how to handle a chart like this, or I won't. I'm not going to worry or regret my three dollar purchase. There were fifty-five brand new skeins of DMC and if I don't use them for this, they'll work in another project.

If you want a peek into three of my favorite thrift shops and to see what didn't come home with me, watch the video. Next time, I'll try to get both pictures and videos.

I would probably take colored pencils and color code the chart. Otherwise I would go blind and crazy trying to follow that chart!

I've had those kits before, and I coloured the various sections first.

Love the Barbie patterns. I buy those just for the cover image and post them as Pattern of the Day.
I have found if a multi-crafter has donated to thrift, it is best to visit the shop a week later after more of the donation has processed through.