Five Days to Go and No Costumes in Sight...

So the reasonable thing to do is make a little mummy out of wire and scraps of muslin. (I used this tutorial from Honest to Nod.) 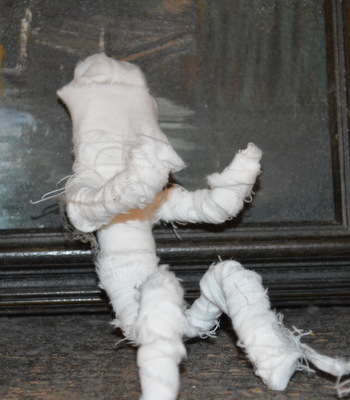 No one is allowed to go as a possum this year. Quinn asked for a costume and I almost caved because he wants to be a wildlife rehabilitiator when he grows up and it would make total sense for him to go as a possum, but he's going to be a serial killer zombie. That's a zombie who was a killer while he was alive. Or something like that. Leif wants to go as the guy with giant scissors. My oldest son is "too old" for Halloween and my daughter is more than capable of making her own costume.

So if we can find some of the neat zombie tattoos we found last year, I'm good. 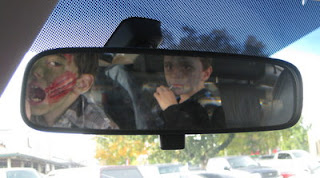 Isn't that just the view you want in your rear view mirror?
Posted by Michelle at 4:00 AM