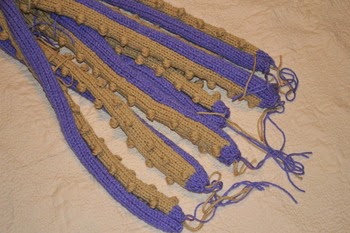 The bobbles are getting easier, and I've almost figured out how to wrestle four skeins of yarn at once. Double stranding on a project with two colors isn't something I'd recommend, but I'm not sure how else to make this project work. 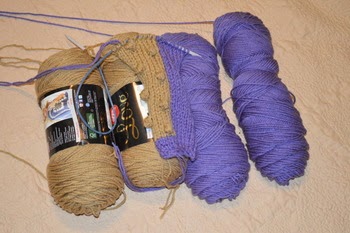 There's just SO much yarn involved. I'm hoping it'll get easier once I move on to the body...but first I've got to join the live stitches from all six arms. Twice, because there's one color for the bottom and one for the top.

As a teenager, Toni Murphy had a life full of typical adolescent complications: a boyfriend she adored, a younger sister she couldn’t relate to, a strained relationship with her parents, and classmates who seemed hell-bent on making her life miserable. Things weren’t easy, but Toni could never have predicted how horrific they would become until her younger sister was brutally murdered one summer night.


Toni and her boyfriend, Ryan, were convicted of the murder and sent to prison.


Now thirty-four, Toni, is out on parole and back in her hometown, struggling to adjust to a new life on the outside. Prison changed her, hardened her, and she’s doing everything in her power to avoid violating her parole and going back. This means having absolutely no contact with Ryan, avoiding fellow parolees looking to pick fights, and steering clear of trouble in all its forms. But nothing is making that easy—not Ryan, who is convinced he can figure out the truth; not her mother, who doubts Toni's innocence; and certainly not the group of women who made Toni's life hell in high school and may have darker secrets than anyone realizes. No matter how hard she tries, ignoring her old life to start a new one is impossible.


There's a sad, hopeless feeling that runs through the entire book. A couple of days later, it's still hanging with me. My mood probably isn't helping -- I don't know if I'd have had a different reaction if I'd read it under other circumstances.