You know how sometimes an idea makes it into the corner of your mind and just won't leave? That's what happened with the black and white applique plates I found back in February. A few months later I found the original pattern in an old craft pamphlet.

And on Sunday I found another set of the plates.... 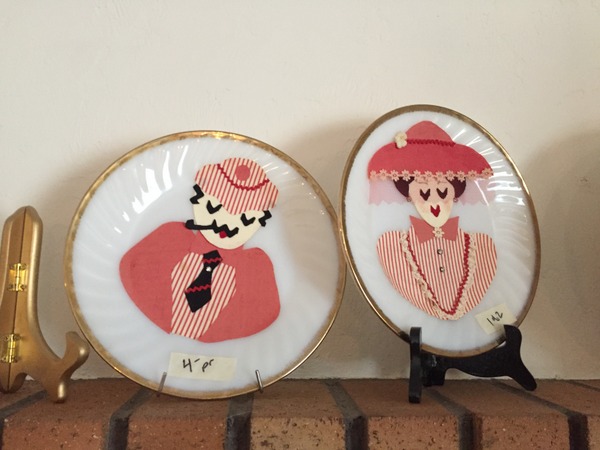 They're way too pink for my taste, but it was the last hour of the last day of the sale and everything was super cheap. So they live with me now and if I find another inexpensive pair they're going to live with me, too.

This time it wasn't a game of "was there a stitcher here?" because there was needlework in just about every room. Someone did embroidery and latch hook and crochet and crewel.... 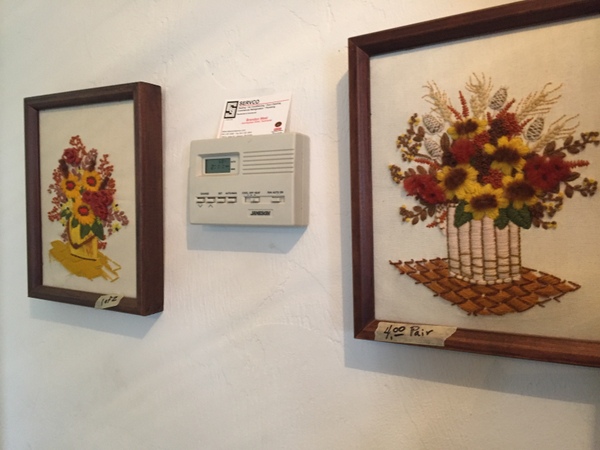 There were also some amazing old craft books. I don't know why I needed one on sewing for the house during wartime, but I wasn't going to leave it behind. 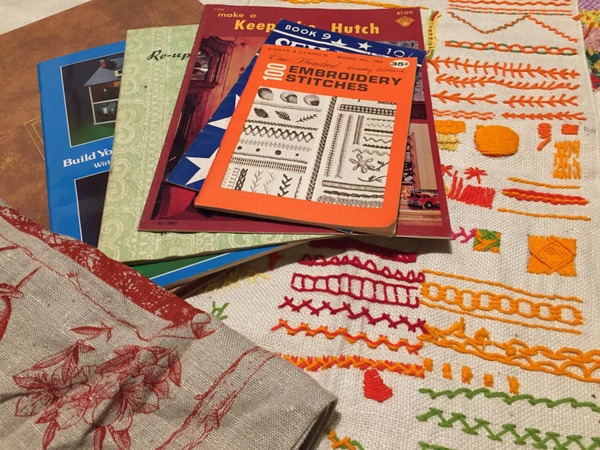 For three bucks, I got the booklets and an old unused scrapbook and a whole stack of damaged embroidered linens that I'll make into something else. 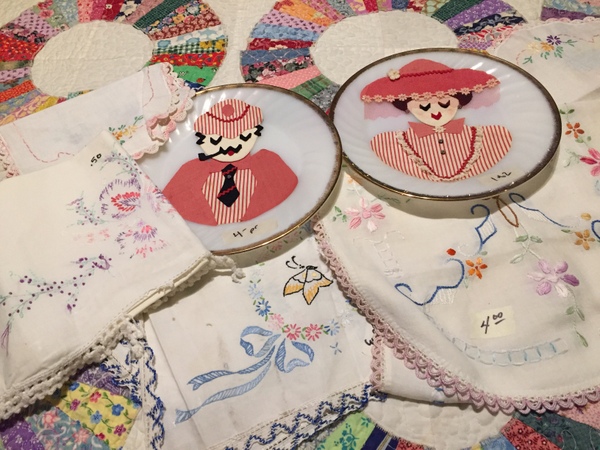 Most of the house had brand new carpet but the kitchen and this downstairs room still had their original flooring. Just look at that carpet! I'm guessing it's from the same line as the stuff I grew up with, only less vivid. 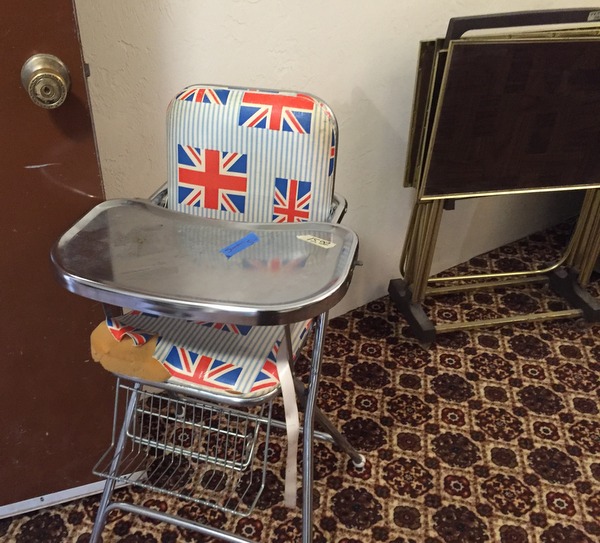 I've seen people saying that estate sales are over for the year, but I checked old blog posts to confirm that I go to them year round. Which makes sense -- houses have to be cleared out and sold and sometimes its not in the best of weather. Do you stop looking when it gets rainy and cold?
Posted by Michelle at 10:21 AM

I am going to a funeral this week, and the word from the siblings is, "Garage sale season is over." I thought, people die all the time and I've seen estate sales during the winter.
Doesn't mean I go to them, I don't need any more stuff, but I have seen estate sale signs in the winter.
I love to come to your blog and see what thrifty things you've been looking at!!

what a find in the vintage linens! Have fun working with them.