{Thrift Store Temptations} All the Cornucopias and Another Conquistador

Do you remember my story from a couple of years back about the stranger who lectured us about cornucopias after I responded to my son's question with "it's a Thanksgiving thing?" I'm still annoyed with her, whoever she was, but at least she sparked a fun game. 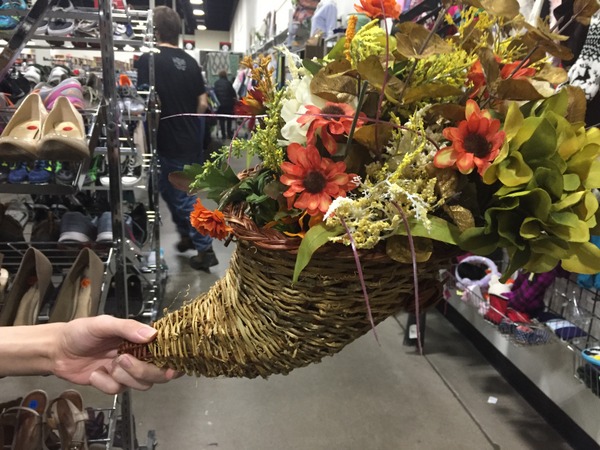 It's not uncommon that one of the boys will ask me what something at the thrift store is and most of the questions are legitimate....but Quinn is really good about catching my attention with something held just out of my line of vision when I least expect it.

I didn't like cornucopias before the incident with that lady and I've been liking them less and less. Although I do admire how skilled his is at ambushing me with them. I decided  to see just how many we could find in one afternoon. 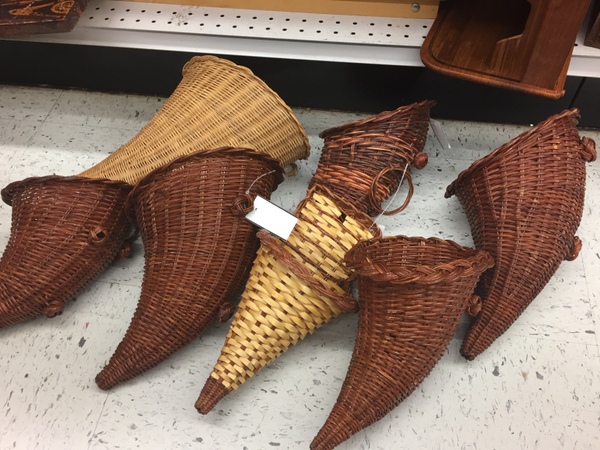 We also found this school scene. The little boy has a pair of scissors on his desk and a slingshot in his pocket. He may have something held in the hand behind his back. The little girl in the yellow dress has another pair of scissors behind her back and someone is obviously in trouble. WHAT is going on here? And why is it commemorated in a sculpture? 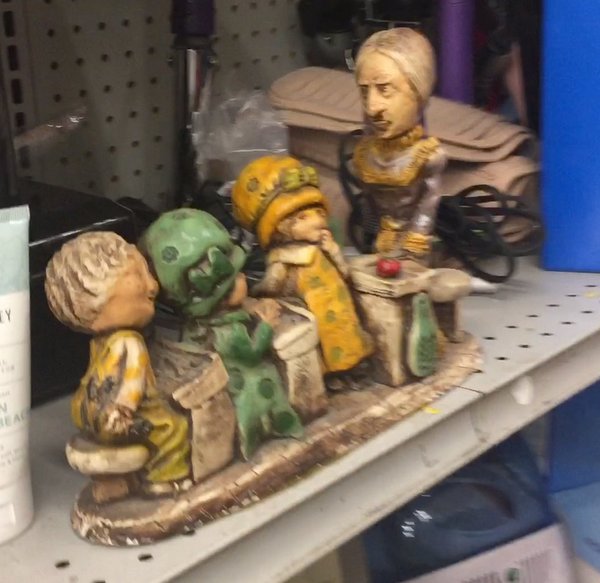 We also  found this fella. I apologize that he's kind of hard to see between the fan and the pool ladder, but at least they show how big he is.  The ax is removable. And thank God he was a hundred bucks because we could totally make him a lamp to make up for missing out on that other one and that would be ridiculous. 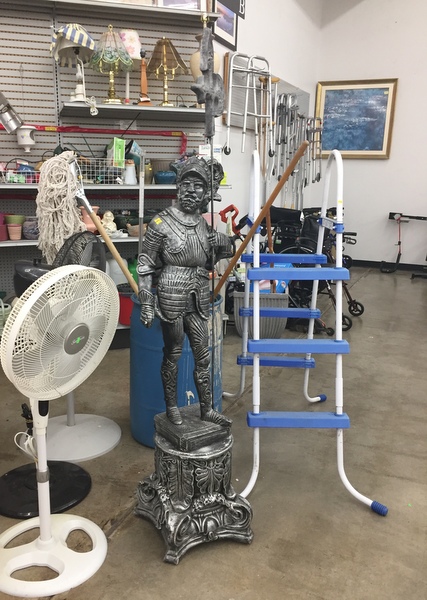 What unreasonable thing have you been tempted by lately? Did you resist?