{Estate Sale Temptations} I Sort of Almost Bought a Truck

There was a time capsule kitchen.... 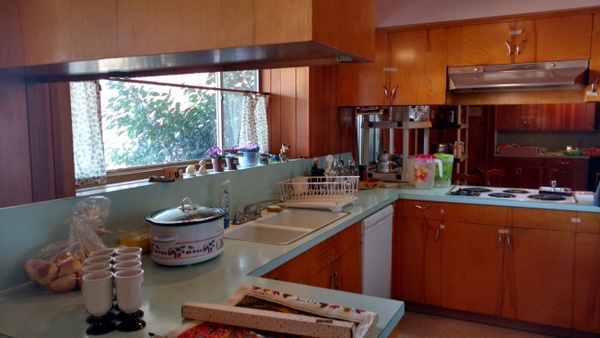 And a time capsule bathroom so cluttered with stuff you could barely see the fixtures, but isn't it wonderful? Lots of stuff that no one needs but just think of what you could do with a set of padded vinyl doors from an old restaurant! I bet I could've bought those super cheap on day four of the sale... 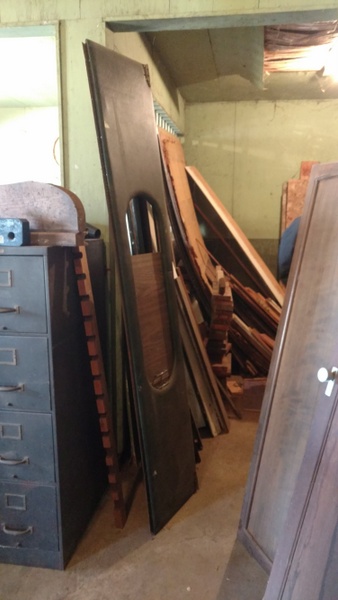 There were sooo many neat old wood stoves, including this one in the barn, and lots of parts of wood stoves. 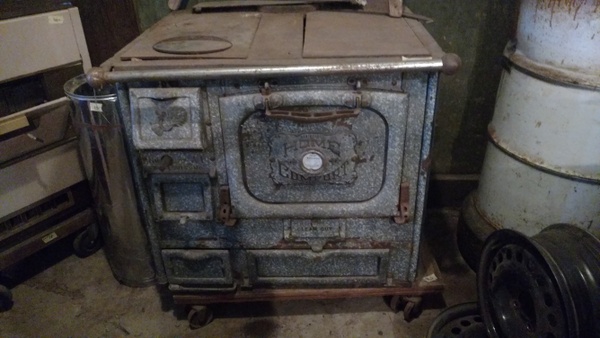 I should have bought these three plaques. Now that I'm home, I know where I'd hang them, but at the time I didn't. 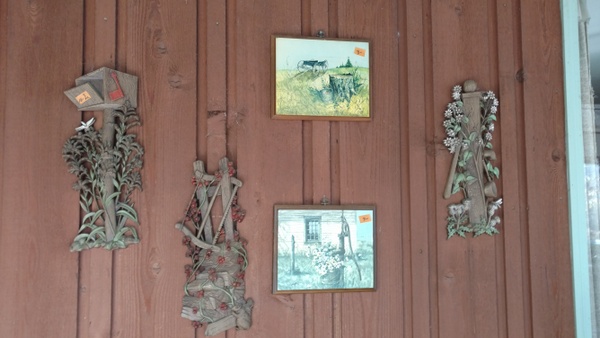 I didn't covet the desk, or the typewriter, or the chair (because I've got a better one) but  the feeling they evoked was just perfect. It was set up in the garage, a few feet away from the vintage Jeep the deceased must have been restoring. 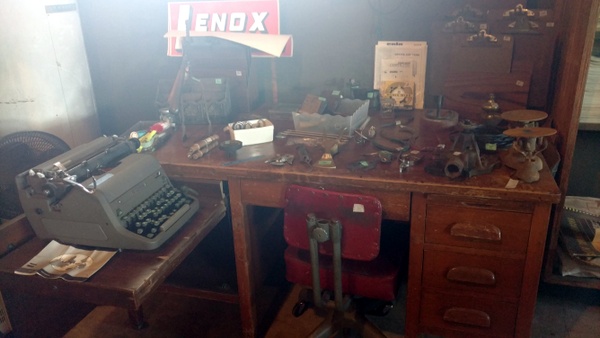 While we were there on the last day, the jeep and an old horse buggy were getting loaded up for a trip to their new home.

I'd gone back to make an offer on the cider press if it was still there (it wasn't) or the anvil (which wasn't) and while I was on the phone with Hubby he asked if the old International truck was still there behind the barn. 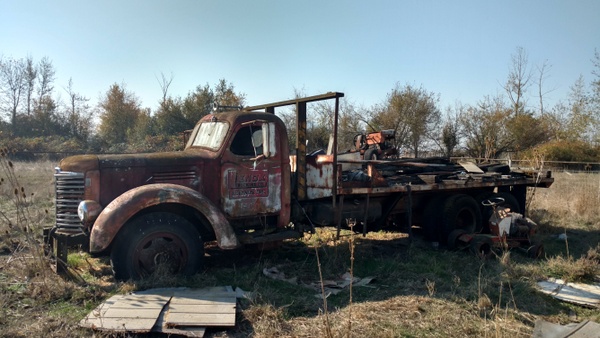 He told me to make an offer, so I found the right family member who gathered up all of the other family members and they said yes and I was immediately hit with a panicked "What did I just DO?!" feeling. Hubby had turned of his phone because his lunch break was over so I got their phone number and left his phone number and distanced myself from the situation to let them all work it out.

Within the hour, someone else showed up with cash and bought the truck out from under us. Part of me is relieved and part of me is sad because from what they said it's probably going to be scrapped.

I'll show you what I bought and what I fell in love with but couldn't have in next week's post.
Posted by Michelle at 4:00 AM