I can't tell you how much I love these little Prairie Schooler Halloween patterns! They're so fun and symmetrical and sometimes knitting with three colors is just what I want to do. 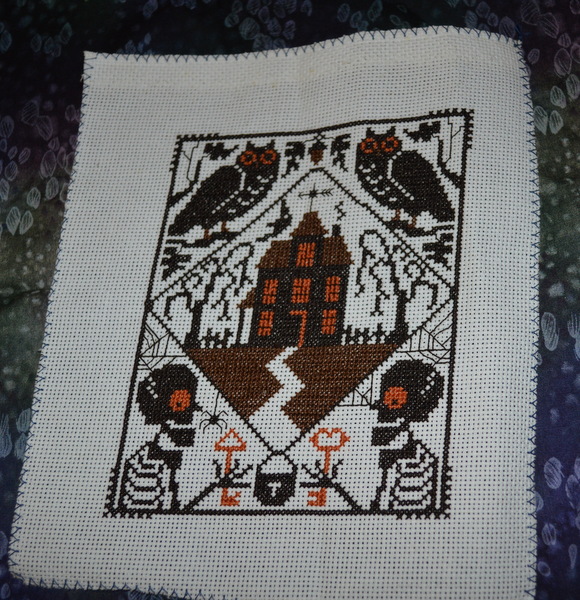 I thought I could stitch this one without gridding my fabric if I counted and recounted and was really careful. I couldn't and once I realized that one skeleton was a stitch higher than his buddy, I started stitching faster so that I could find out if it was going to work out okay. There's a slight jog in the border to make it meet up, but we all know that I wasn't going to pick out an entire skeleton and I wasn't going to start over from scratch.

I've got another of these patterns in my stash, the one that I thought I was going to stitch when I picked up this one instead. And there's a third that I was eyeing at Starlight Stitchery last month and now really wish I'd picked up.

The last time we were at Shepherd's Bush I absolutely know I bought two Halloween patterns. This was one, but the other isn't with it and I haven't the slightest memory of which pattern it was. (Cute as these are, they all do look very similar!)
Posted by Michelle at 4:00 AM