{Estate Auction Temptations} We Went on an Adventure

Many years ago, someone told me that estate auctions were off limits. I don't even know what the context of the conversation was, but I've had that bit of information stuck in my head ever since. I've also been reading Jo's posts about all of her great auction finds and getting jealous.

On Sunday there was an auction less than half a mile down the highway from our house. I sort of knew where the place was, and I knew that parking would be truly awful. We'd had a bad experience with estate sale parking on Friday and I wasn't going to do that again, so Teenage Son and I hiked down the highway, just to watch. And I signed up for a number, just in case.

There were clocks. So, so, so many clocks....and pictures....and cars and other stuff we had no interest in....  We watched them auction off some furniture and then headed back to the house. I talked to Hubby about the clocks, specifically the cuckoo clock in pieces in a box, and headed back down the highway to the auction.

Look what's hanging on my living room wall, where the purple cow head once hung... 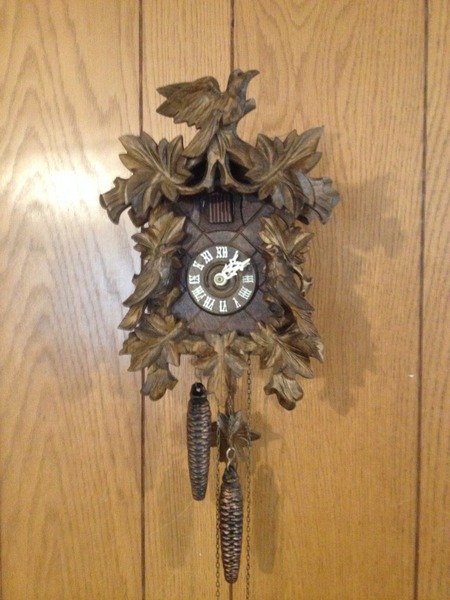 I got it for twenty bucks, figuring that even if it didn't work it would look pretty hanging there on the wall. But it does work! It's not nearly as neat as the one Jo's husband found, but I'm happy with it. And proud of myself for getting it back together myself. The top piece had been removed and the weights were off, so it wasn't a great accomplishment, but I found it. 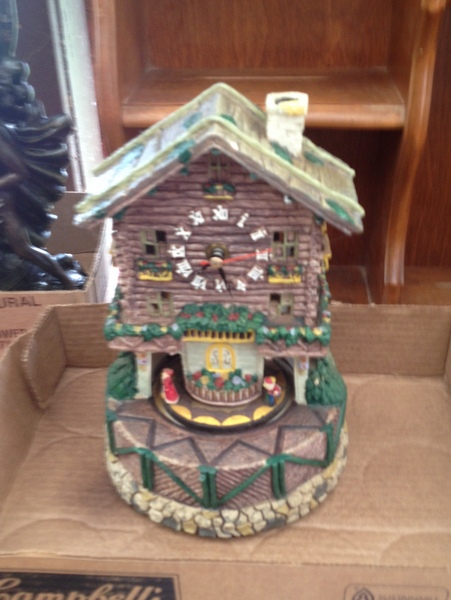 It turns out that the batteries were corroded, but I still like it. 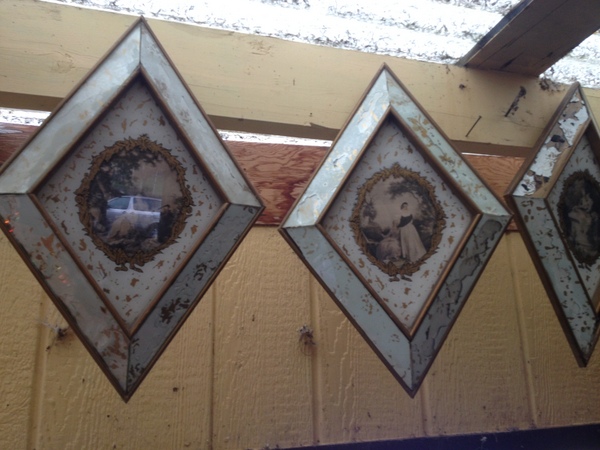 There's a larger fourth picture that goes with these three. They're in awful shape, but I got the entire set for five bucks, along with a few "What is that woman thinking?" looks. I'm not sure quite what I'll do with them now that I have them, but it's a challenge I'm willing to face.  (Edited to add:  Adult Daughter saw them and loves them and has space on her wall. So they're going to her place. I knew there was a reason I rescued them.)

Those are the temptations I couldn't resist. These are some that I did resist, mostly because I was still waiting for the cuckoo clock to come up and knew I couldn't possibly afford everything I loved, let alone carry it home. 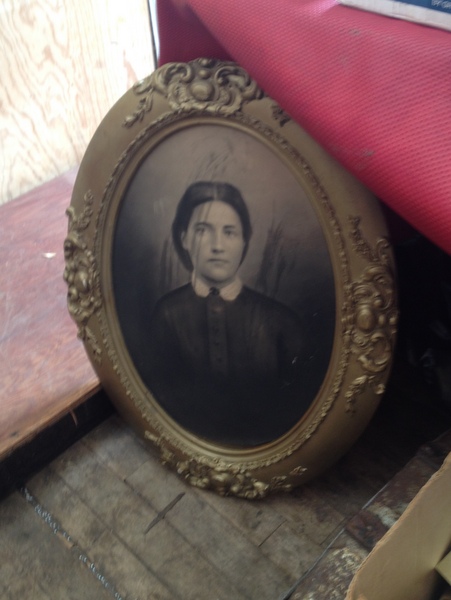 The lines across her face are dirt. Really obvious, really unmistakable dirt. 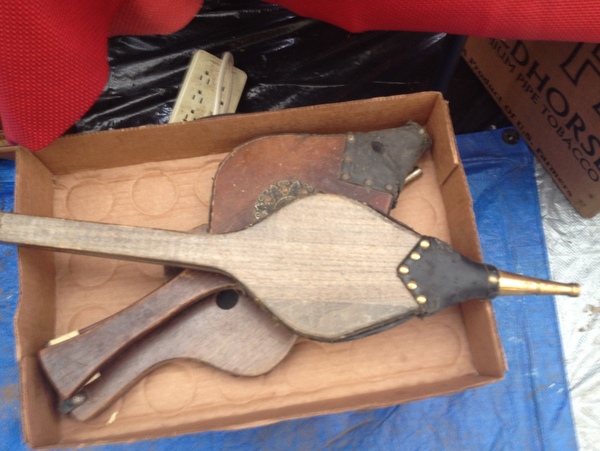 These would have been great to display next to our big old fireplace, but it wasn't meant to be. 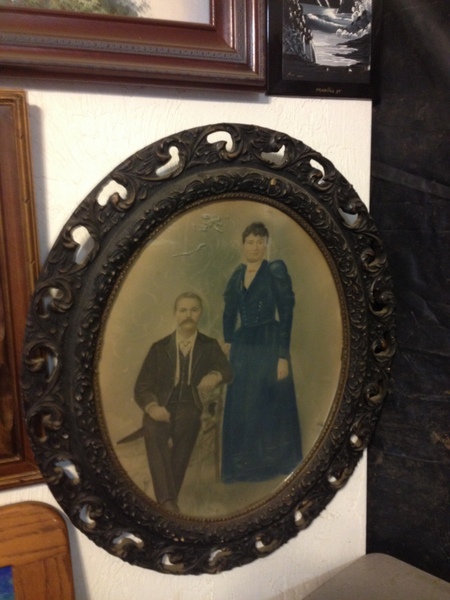 I liked this couple, too, but someone else liked them a lot more. 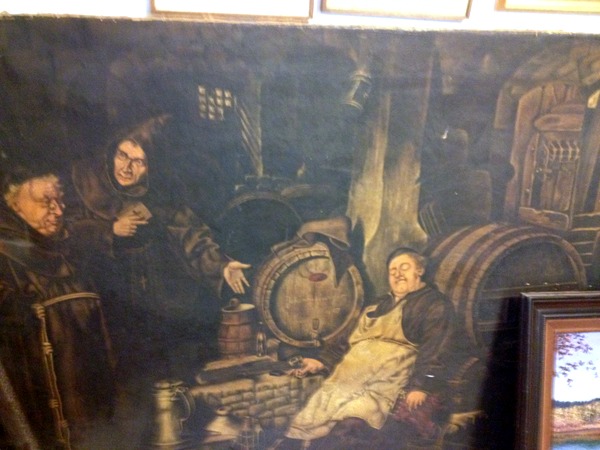 This is the one that Teenage Son wanted. It's massive, and went for a price that boggled my mind considering its condition and lack of a frame. Apparently, The Drunken Monk is a famous painting, so maybe we'll find a cheaper one someday.

I don't know if this was a once in a lifetime auction or if we can hope to find stuff this neat ever again, but it was a fun way to spend the morning.
Posted by Michelle at 4:00 AM

I went to an auction once and had a great time but did not buy anything. It was fun to watch but people go crazy and overpay for everything at these things! (Rob)