We have been waiting and waiting and waiting, not at all patiently, for the new thrift shops in Salem to open. The "coming soon" signs had been up for months and every time we got back from a trip, I'd swing buy, sure that they'd have opened by then.

I can't say that I was thrilled with either. Teenage Son found a couple of gaming guides that he's excited about. And I found something I've never seen before -- 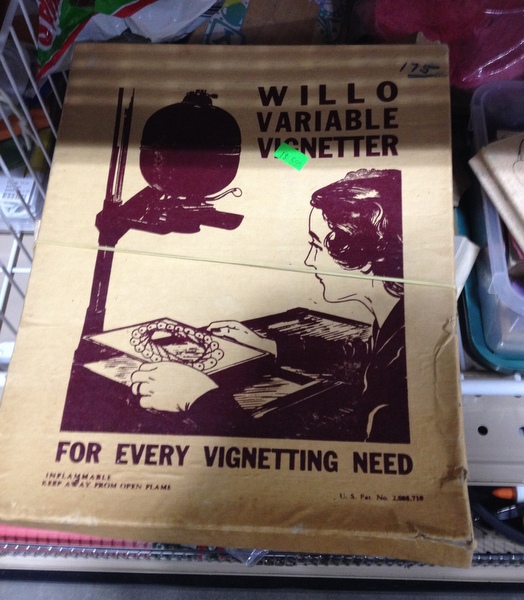 I've never had a vignetting need, so I left it behind. I wasn't even aware that "vignetting" was a verb until Teenage Daughter explained it to me.

At one of our favorite old haunts, I found a bag of miscellaneous K'nex (the first I've seen in a year of looking), two sets of vintage nylon circular needles, and a four dollar bag of zippers. Not that I was in danger of running out, but I figure it increases the odds of my having the colors and length that'll work for whatever I make next.
Posted by Michelle at 4:00 AM

Hopefully, those thrift shops will get better with time! (Rob)

Our local thrift shops have absolutely no crafting or sewing items. I should amend that, the Goodwill had two sad looking skeins of yarn.