I wasn't going to go to this sale, based solely on the pictures of the woodwork. It's amazing and impressive and gorgeous...but the person who did all of this probably didn't have what I'm looking for. 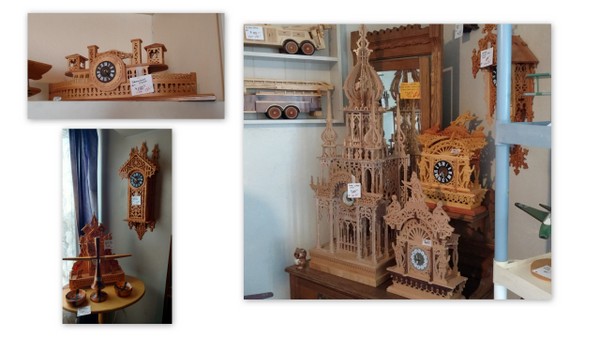 We were there in the very last hours of the sale,  so I wonder what will happen to those elaborate clocks. The prices were high, probably rightfully so, but it seems like it would be hard enough to sell one or two, let one an entire room of them. (And if I was going to pay crazy money for a fancy clock, I think I'd want an old one.)

If you were in the market for a ten foot long mid-century couch they had it, along with a properly proportioned coffee table. 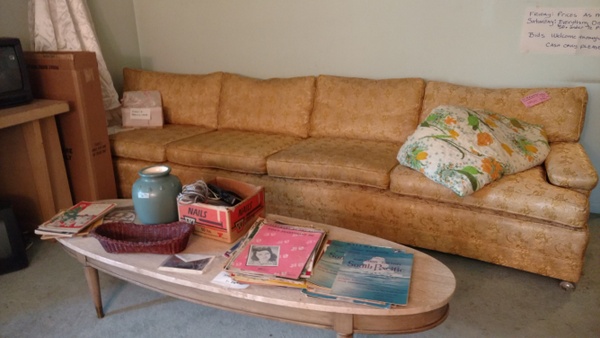 This house had steps between the rooms. Up a few inches or down a few inches -- I tripped three times before figuring that out. 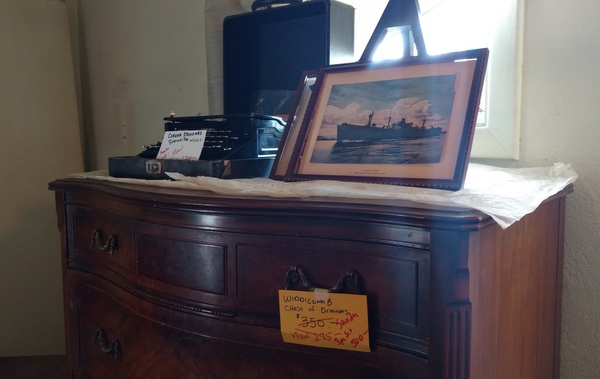 A woman was haggling over the price of the treadle sewing machine. If I was in the market, and I keep telling myself I'm not, I wouldn't have balked too much at their reduced price of $65. 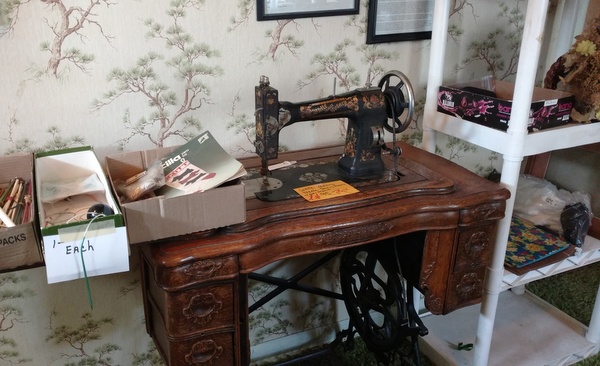 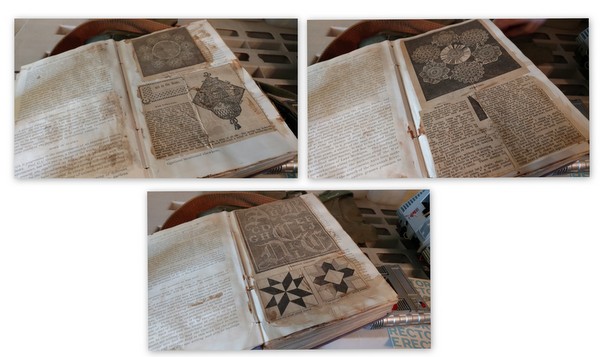 I'm going to find myself a book and some old falling apart magazines and make my own. Why I didn't check the price to see if it made sense to start with this book, I have no idea....
Posted by Michelle at 4:00 AM

It's amazing that the book from the 1800's was in as good shape as it was! Looks like a fun house to explore! (Rob)

Hopefully next time in a similar situation, you'd find out the price of the book to be able to make a decision. I've had that kind of thing happen to me before and now I try to avoid the "I shoulda" by not putting things down until I've checked the price or otherwise thought things through. I hate the "I shouldas"!

I don't think that couch had many people sitting on it -- it looks to be in great shape. Even if you don't buy anything at that kind of sale, it sure is fun to look!