You know how Pinterest is filled with cute pictures of everyone's shoes all lined up by size? That's not how it works at my house. Our current situation looks more like this: Four pairs are the same brand because when you need sandals for everyone in a hurry, that's what happens. And because Costco doesn't carry women's shoes in size 11. Two pairs, mine and my husband's, are exactly the same size. Heath's are a size larger and Quinn's are a bit smaller...but not enough that I didn't try to stick my own foot in them once or twice.

I needed an easy way for everyone to pick out their own shoes that wouldn't be painfully obvious to the rest of the world and would be either semi-permanent or easy to replace as needed.

So I grabbed my embroidery floss and tied a double loop around the tab at the back of each sandal. Except for Hubby's. And Leif's, which  are both small enough and different enough to stand out from the bunch. 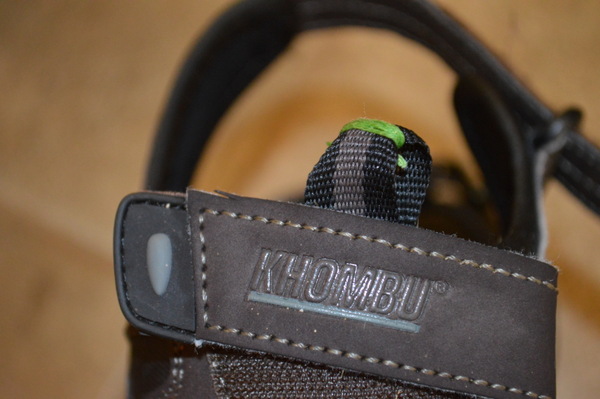 For the most part, it's worked. My husband and have I switched shoes once or twice, but the boys have kept theirs straight and the floss has stayed on.
Posted by Michelle at 4:00 AM

My mother color-coded us kids growing up -- towels, sponges, toothbrushes, trays Because I was the only girl, I was always pink.

Great idea! I drop mine at the door, but there's no confusion when yours is the only pair. =)