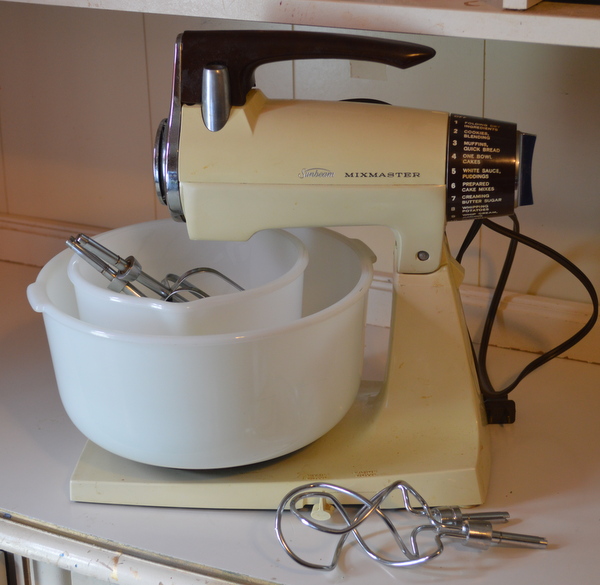 This might be an easier decision to make if I knew which mixer was the one that Grandma actually used. This one is obviously newer, and has an extra set of beaters. Anyone want to tell me what they're for? I'm guessing they're dough hooks.

For this test I made another poke cake, this time with lime Jello because Quinn had a box and wanted me to use it. It was even less photogenic than the first cake, and didn't taste nearly as good...but the mixer was an improvement. The motor sounds smoother and it doesn't have that old appliance smell.

Now Hubby is involved in the decision making process, so I don't know for sure which one we'll wind up with. If Adult Daughter didn't want one, it would be easy.  I'd just keep both!
Posted by Michelle at 4:00 AM