I found this at the thrift shop and it was love at first sight, even if three dollars was a little more than I wanted to pay. (While I was hanging them, I found a second price tag for seventy-five cents. Looks like they didn't sell at someone's garage sale and then got donated and then  found me.)

This is the perfect touch for a shabby old farmhouse kitchen. 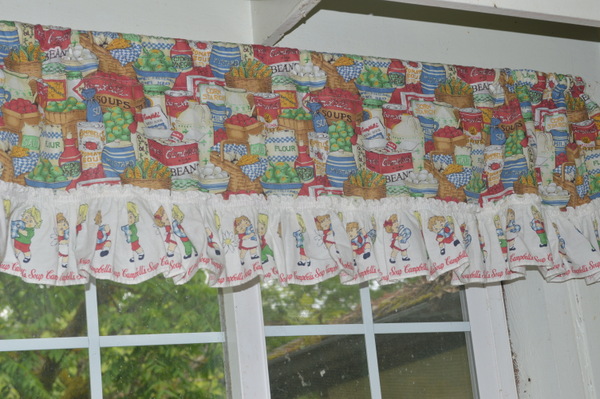 Even after living in this house for ten years, we're still making due with plenty of things that came with the place. When we finally started to move in, I had a six-month-old and had just found out that I was pregnant with number four. Before the move was over, I'd spent a month in the hospital on bed rest and both places had been broken into.  If something wasn't really important, we didn't waste time worrying about it.

The cheap lace curtains in the kitchen window weren't even on my radar.  I knew that I didn't love them, but it wasn't until I took them down to put up my new find that I realized how nasty they were. Polyester and grease is an unpleasant combination. 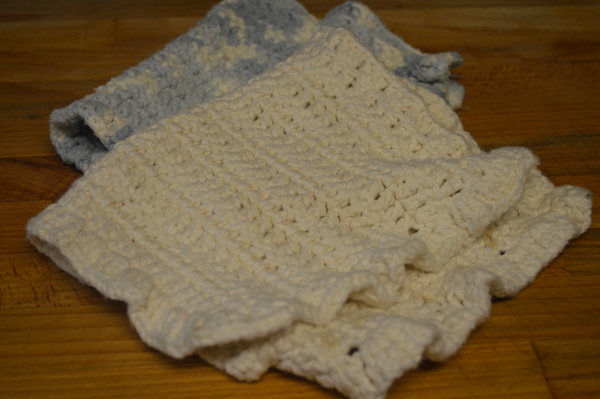 I'd almost always rather knit something myself than buy a stranger's work, but these crochet hot pads were in a bundle of four and I was in desperate need. They're simple and perfectly worn and do the job and make me smile. I'll keep using these even after I make some myself. (Only two made it into the photo because the others are in the wash.)

Not bad for a quick trip to the thrift store and a grand total of four bucks!
Posted by Michelle at 4:00 AM