Here's my eighth shawl of  the year, Shadowy Stripes... 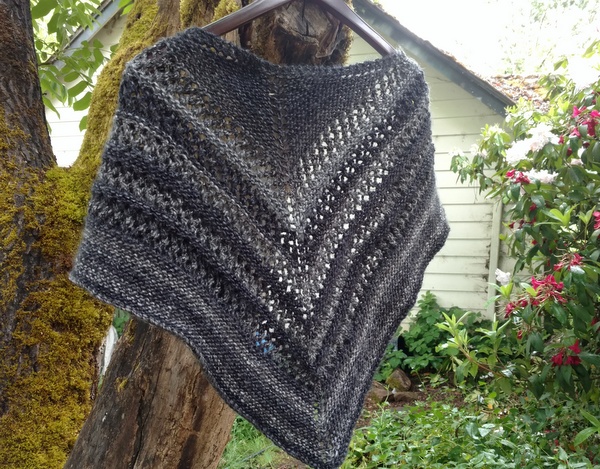 Back in November I bought some sale yarn at Michaels that looked like it would make fun shawls. One skein became Hufflepuff Lace  and another became this shawl. I think I'm done knitting from big 350 yard skeins for now because they're so awkward to deal with. The yarn wanted to slither off in big tangly loops.

This skein had three knots in it, so I didn't even get the advantage of not weaving in more than two ends. (For non-knitters, when I say a skein had "knots" it means that the yarn was broken and then knotted back together during the manufacturing project. It's not uncommon to find a knot in a skein, but three in the same skein is a lot.) Between the knots and the splitty yarn, this wasn't a very fun knit.

I do love those subtle black stripes. 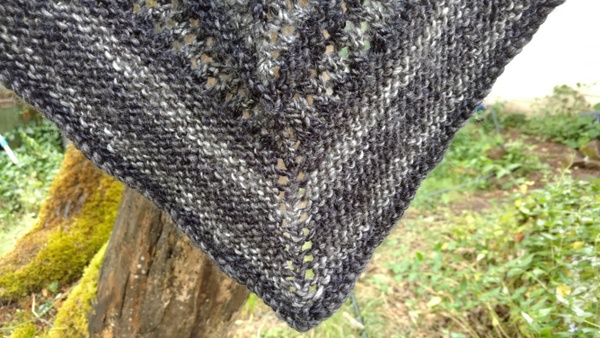 Love the shawl. Wish you had a pattern to share.

I'm not writing a pattern for this one, but it's similar to what I did for the Hufflepuff Lace Shawl -- http://mychellem.blogspot.com/2018/01/hufflepufflace.html -- with all garter stitch bands and no seed stitch. The knots in the skein made the lace a pain, so I switched to all garter stitch at that point.