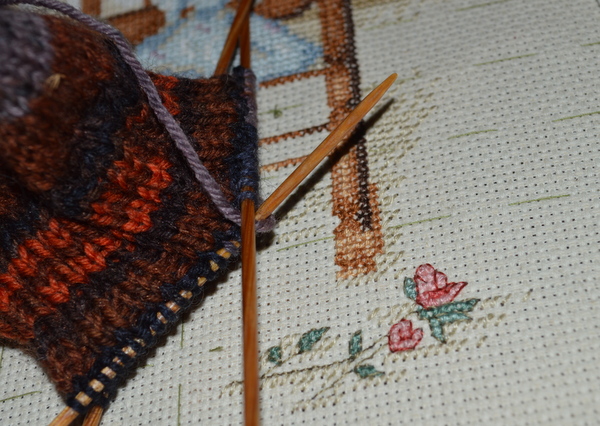 My household is a busy place this week. We're all getting a lot done on a lot of things, but I haven't made much time to blog about it. Tonight I'm rushing to meet a deadline and hoping that the weather stays clear because if it snows again this week having the project finished in time won't really matter.

Color Me Murder by Krista Davis

Her employer offers Florrie Fox a fantastic apartment in his carriage house, rent free. The catch is that she has to move her things in immediately so that his greedy nephew, Delbert, won't try to weasel his way onto the property. She immediately falls in love with the apartment and its lovely gardens, which are sure to provide all sorts of inspiration for the adult coloring books she illustrates, but Florrie worries about what she's gotten herself into...then Delbert is found dead and her boss is arrested for the murder.

I picked up this one because the adult coloring books sounded like an interesting element and quickly found myself caught up in Florrie's life and relationships. Her coloring books don't play a major role in the story, but the way she looks at the world and finds inspiration around her definitely make Florrie an enjoyable character to spend some time with.

The Pajama Frame by Diane Vallere

The Madison Night mystery series keeps getting better and better as the relationships between the characters continue to develop. Continuing the quirky ties to Doris Day movies (because Madison models herself after her favorite actress) this book has her inheriting the Sweet Dreams pajama factory, a building that was sealed decades earlier after the tragic death of a pajama model. Protesters want the building opened immediately so that they can discover the truth behind the young woman's death. The local historical society has its eyes upon the historic structure. And the estranged family of the woman who left her the building isn't at all pleased by the situation. The mystery is complex and intriguing, and full of those bits of mid century modern-ness that drew me to this series in the first place.

Disclosure -- I was provided with advance review copies by the publishers. All opinions are my own.
Posted by Michelle at 9:01 PM