{I've Been Reading} The Ghost Notebooks

Can I just huddle up with my yarn and books until spring? We had some absolutely gorgeous weather and now its cold and bleak and we're under severe weather warnings. By the time this posts in the morning, they're saying we'll have three to eight inches of snow accumulation. I'll believe that when I see it, but I'd almost rather not know the predictions. 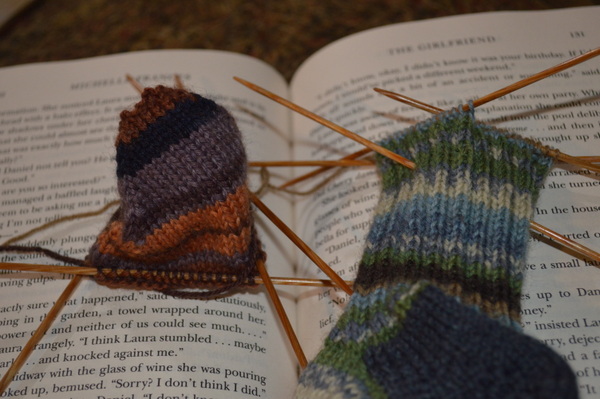 The Ghost Notebooks by Ben Dolnick

When Hannah is hired as the live-in director of the Wright Historic House she and her fiance, Nick, are thrilled. It's a new start in a new place and at first they both enjoy exploring the drafty old building and its surroundings...and then things change.  If you've been reading my posts for long at all, you know how much I love books that involve hauntings. This one is different from most, and that's what made me enjoy it so much.  Those Ghost Notebooks isn't scary, but it's definitely suspenseful. Almost the entire book is told from Nick's point of view. He's an easy character to like and I really did care what happened to the couple.

Disclosure -- I was provided with an advance review copies by the publishers. All opinions are my own.