We Don't Unplug for the Sake of Unplugging 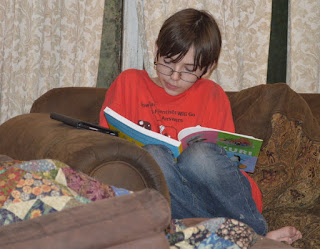 I started  to write this post a couple of months ago when the library posted announcements for their annual "unplugged week." I'd thought about participating once or twice  over the years because the reward at the end used to be an overnight party at the public library. As a kid, that would have been the most awesome thing I could imagine.

As an adult who once spent a very long night at the Oregon Coast Aquarium with the sharks, and her four kids, and all of the other kids from the church group, I'm not sure it would be as fun as it sounds. This year, the reward was a late night party at the library.  I didn't ask my kids, but I strongly doubt they'd give up their screens for a week just to stay in the library an hour past closing time.

My biggest objection is that screens are allowed for schoolwork. As long as it's assigned by the teacher or curriculum, it doesn't count. But if a kid wants to look up something to satisfy their own curiosity, that is suddenly "screen time" and not allowed. Does that make sense to anyone else?

I'm the teacher here, so I could totally decide that looking up this that or the other thing is schoolwork, but twisting the rules like that kind of defeats the purpose.  I'm also not a fan of splitting our day into "This is schoolwork" and "This is not schoolwork."

I don't want to put that much extra emphasis on electronics. One of my sons is just as likely to be reading an old Alfred Hitchcock and the Three Investigators hardback as he is to be playing a game on his DS.  Another is, as I type this, headed outside to climb a tree. We spend plenty of days without using the internet, but that's because there are other things going on, not because I've declared a screen free day for the sake of being screen free. 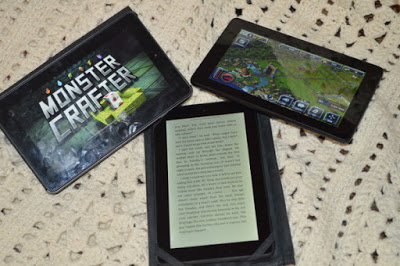 I know that I myself need to cut down on the screen time. That being said, I think I will shut down right now and go craft something. Thanks for the push.

after my husband died, I found myself living on the computer in the office and/or my Ipad or kindle. It took me over a year to realize that I needed to manage my time better. I now spend up to 2 hours on the computer every morning (with my morning coffee - the only coffee I consume each day) - sometimes less, then I walk away. I may check in again in the early evening or late night before bedtime, but the rest of the day is mine. It is so easy to get into a habit of plugging in and keeping the outside world out -

Sounds like your children have other activities they enjoy. Unless you think they are on the computer too much, I'd let them go. Yes, there is possum fabric and all sorts of other critters. This was a great find for your son. I'm sure hel'll enjoy the quilt.