{Thrift Shop Temptations} What We Don't Know We're Looking For

Everyone in the family keeps their eyes open for something different. I'm after sewing stuff and old Nancy Drew books. For a long time, Adult Daughter was after old military uniforms. Quinn is after plush heads to mount on his bedroom wall. (That started with the purple cow and apparently they're enough of a thing that we keep finding them. The collection has grown to include a singing tiger and a Christmas moose.)

And then there are the things that no one knew they wanted until we actually saw them. The boys weren't with me when I found this shop, but they would've wanted the door. And this thing... 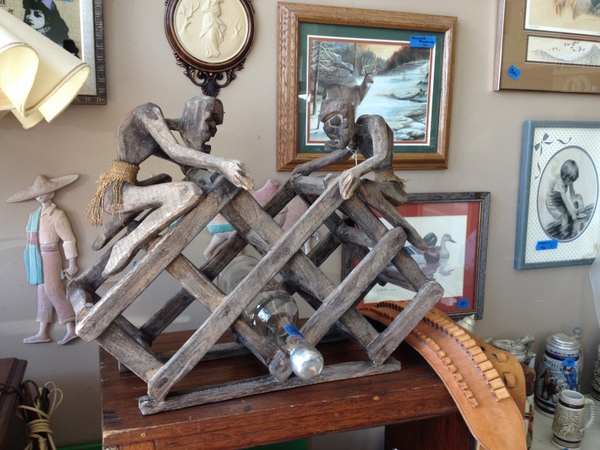 I'm the one who wants one of these. A smaller one that hasn't been painted an odd color and isn't six hundred dollars. (Yup, that's totally sour grapes. If I could afford it or figure out how to move it, I'd adopt this old  card catalog in a heartbeat.) 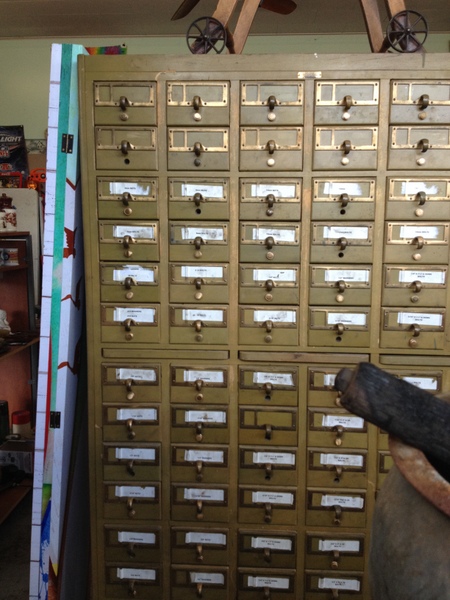 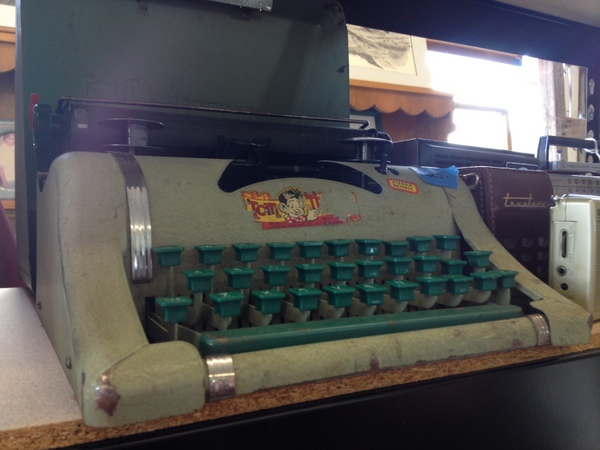 Well, who wouldn't want that really large card catalog? So many possible uses for a quilter or crafter.

These posts are my favorite! I love seeing what you have found on your excursions. =)

Hi Michelle,
Love the card catalog . . . I absolutely would love one - not quite that big though. I often wonder what happened to those that were in school when I attended. They were beautiful wood. ~smile~
Roseanne

Watch your local (and nearby) Craigslist for card catalogs. Some are ridiculously pricey, but some are reasonable. I found one five years ago -- 60 drawers for $350. Better yet, it came in 4 sections of 15 drawers each, so it was much easier to transport. It also had a top, base, and 3 sections of pull-out shelves. I have it all together, but I could split it up into different rooms (and eventually it will go to multiple kids), so it's very versatile.

It was in our neighboring Craigslist, not my direct area, so I had to drive a bit to get it (an hour 15, an hour 30? Something like that) but it was so worth it!!