A Good Day to Buy by Sherry Harris

Sarah Winston finds herself in a tough spot this time, keeping secret the fact that her brother is in town and hoping he's not involved in the murder of her client. The mystery is complex and kept me interested until the end. It also ties in incredibly well with the premise of the series, although I don't think I can explain how without venturing into spoiler-territory.

HER BROTHER IS NO BARGAIN
When Sarah Winston’s estranged brother Luke shows up on her doorstep, asking her not to tell anyone he’s in town—especially her ex, the chief of police—the timing is strange, to say the least. Hours earlier, Sarah’s latest garage sale was taped off as a crime scene following the discovery of a murdered Vietnam vet and his gravely injured wife—her clients, the Spencers.
BUT IS HE A KILLER?
All Luke will tell Sarah is that he’s undercover, investigating a story. Before she can learn more, he vanishes as suddenly as he appeared. Rummaging through his things for a clue to his whereabouts, Sarah comes upon a list of veterans and realizes that to find her brother, she’ll have to figure out who killed Mr. Spencer. And all without telling her ex . . . 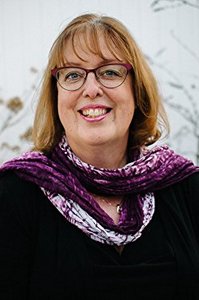 I am a voracious reader. . .both actual books & audio. . . .and I do not think I have ever come across Sherry before.

Since our first names are the same I am sure that I would have picked up anything she wrote to read it.

Glad to hear about a new to me author. . . and I'm going to check out what else she has written.