A while back, one of the bloggers I read posted pictures from her visit to Deepwood in Salem, Oregon. There were so many amazing details that I'd never seen on my own visits to the house, but at my wedding twenty-five years ago I was preoccupied with getting down that gorgeous stairway in one piece. I've been wanting to go back for years, but I never quite got around to it.

On Sunday, admission to Deepwood and nearby Bush House were both free, so I packed up the boys and headed to town. Deepwood was too crowded to get pictures without strangers in them, but I did come away with lots of inspiration for future dollhouse projects.

We roamed the grounds and got plenty of pictures outside. 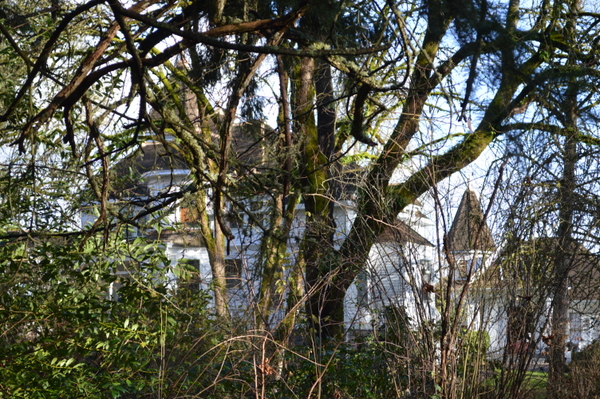 And found a stolen shopping cart on on of the trails. Isn't that just a stupid waste? I was barely tempted to rescue it, mostly because there was no way to manage that without looking really stupid. But it really doesn't belong there! 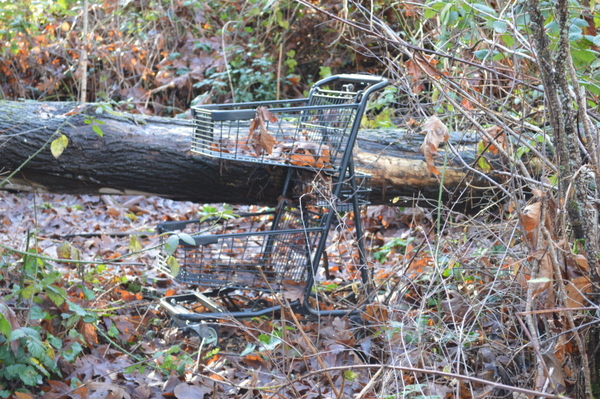 I'd never been in Bush House before. Compared to Deepwood, it's even more impressive. I think part of that is the twelve foot ceilings and part is because, unlike Deepwood which has an oddly mid-century bathroom, it was only used as a residence until the 1950s.

It was easier to get pictures in Bush House since visitors aren't allowed in many of the rooms. Look at that gorgeous velvet quilt... 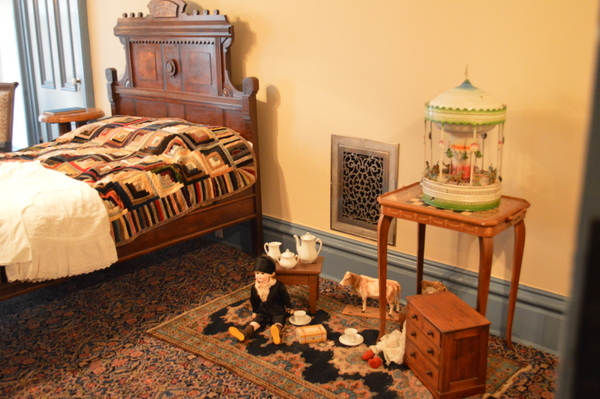 And this signature quilt! I've never seen one made from hexagons before...and I think that's metallic thread that the names are embroidered with. 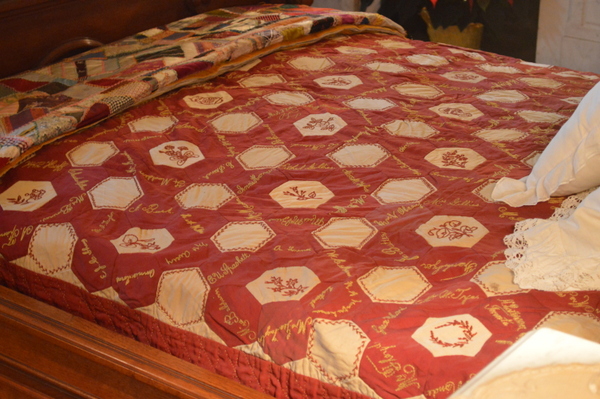 Just a glimpse of this quilt because the rest of the room is so gorgeous. All of those windows and that great light!  And that bedroom is so huge... 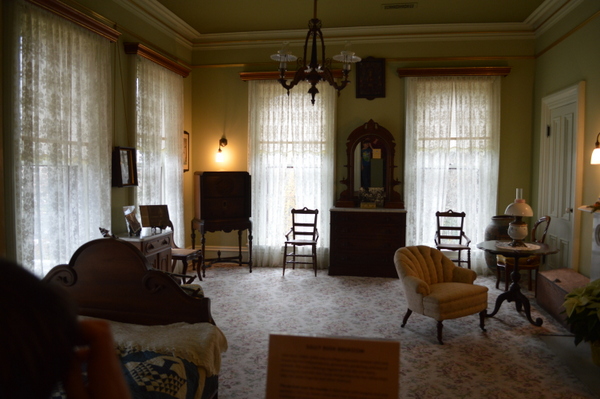 The houses are free again next Sunday (December 11, 2016.) If you're in the area, you really should check them out.
Posted by Michelle at 4:00 AM

LOVE. I'd love to see them...Iowa is too far for a visit though.

Would love to tour these homes. Always wonder of the life lived behind those doors - the history. Thank you for sharing this glimpse!