I don't want to talk about whether or not 2016 was a good year. I thought it was better than 2014 (among others), but apparently just letting that idea cross my mind jinxed me and now we're dealing with "new ways to have fun" that will probably take us well into January. So I'm done with the score keeping and comparing, at least when it comes to good and bad luck.

It's probably better to think of bad moments instead of bad days or months or weeks or years... (That idea comes from this post by Sandra Dodd. A lot of the things she has to say about parenting also apply to just living life as a human being.)

Now let's get on to the happy and productive things that happened in my sewing room this year!

I mostly conquered my fear/hatred of zippers by making a bunch of different bags... 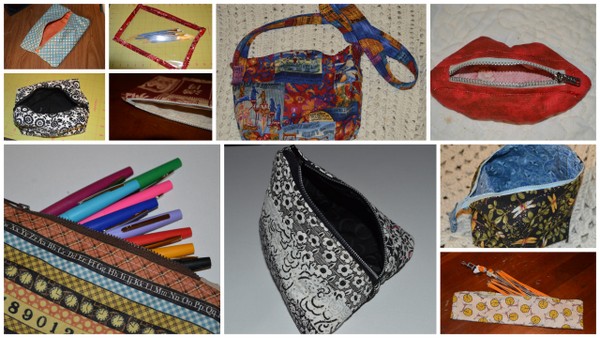 I made another seventeen pairs of socks... 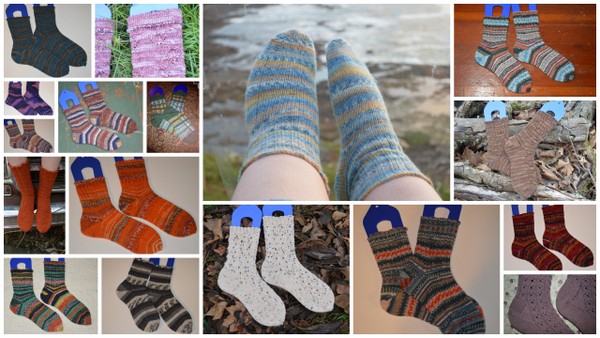 Three of these pairs were "competetive sock knitting" which meant following the pattern exactly as written while trying to either meet a deadline or beat other knitters. Trying to learn a new cast on, especially one with beads, on a deadline was scary and fun and I'm sure I'll be signing up for both Sock Madness and Super Sock Scarefest again in 2017.

There was also a shawl, and 1000 yards of old green acrylic that I knit into squares for a Minecraft inspired afghan that got abandoned along the way.

I did a little bit of quilting... 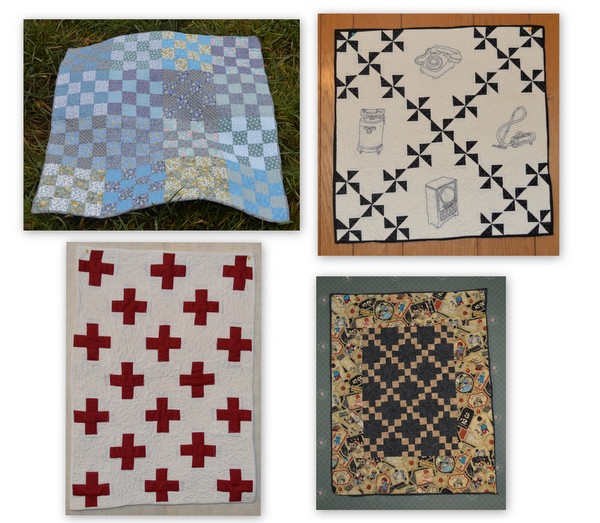 There were two other baby quilt tops that didn't get quilted because when I tried the Janome threw a hissy fit. I started some new quilting projects that I'm still excited about.

I can't wait for the Row by Row Experience to start up again next summer. The plan is to head up into Washington to visit some shops we haven't seen before.

Those numbers are NOT bad. For years I've been thinking I should try for a year where I used more stash than I bought. Don't look at how much fabric I used, that's just sad. Look at how little I purchased! It would have been even better if I hadn't bought five yards of brown print for a quilt and then chickened out once I took a closer look at the pattern.  I'm happy with the yarn added because what I did buy was good yarn at great prices and I've been burning through my yarn stash like crazy. (If I'd finished that afghan and the pair of socks I thought I'd have done by the end of the year, it would have come out almost even.)

What can't you wait to do again in 2017? Are you starting new projects or finishing off the UFOs? Buying new stash or playing with what you've already got?
Posted by Michelle at 4:00 AM

WOW! You had a tremendous year with many accomplishments. Congratulations and may 2017 be all you desire.