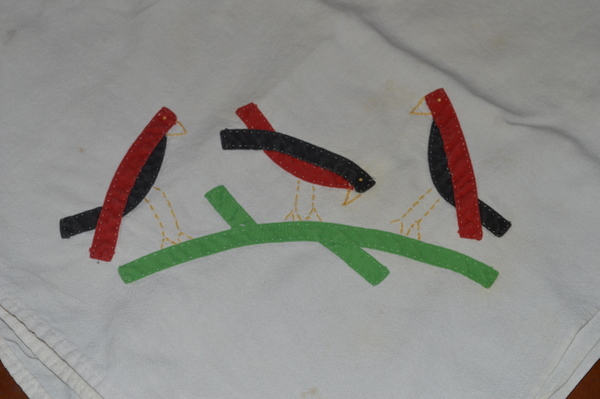 On my way home from an appointment Friday morning, I passed the sign for an estate sale. There wasn't a huge hurry to get back to the house, so I made a bit of a detour - just enough to discover that the sale was at the end of a dead end road at the top of a hill. There were  cars parked on either side of the narrow road and some nice young men directing traffic. I could have had a space up in the driveway, but the idea of backing out of there in the SUV was enough to make me skip that opportunity.

Teenage Daughter and I went back on Saturday morning. Parking wasn't nearly as bad, but we chose to park down the street and hike up the hill. That's where I found my box of zippers. The nice young men were on duty again, this time parking cars for people.  As much as I don't want to navigate a parking situation like that, I'm not handing over my keys to let a complete stranger do it!

It was my favorite kind of estate sale, where it seems that a couple has lived in a house for decades and not done much decluttering along the way. There were lots of intriguing old toys and knick knacks and a home made dollhouse with some spectacular vintage wallpaper (my phone won't send the pictures to my computer) and inexpensive jigsaw puzzles and VHS movies to make my little boys happy.

The same company was putting on another estate sale a ways down the highway and that's where I found this dish towel. I'd never seen appliqued bias tape birds like these before. I Googled when I got home and found several pictures with almost identical birds, so there must have been a pattern available. And there were also some fun variations.  These have a fence to perch on! Here's an etsy listing for birds and fish and a house all made with the same technique. 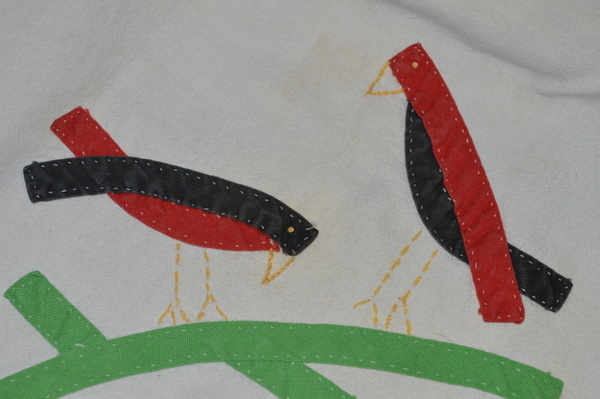 Now the question is whether to use an enjoy my new towel or tuck it away to keep it preserved? It's obviously been well used in the past.
Posted by Michelle at 4:00 AM