Did you know that there's a Bigfoot Trap in the forests of Oregon? It was built in 1974 by the North American Wildlife Research Team and these days, it belongs to the United States Forest Service. Ever since I read the Wikipedia article and realized that it existed, I've been wanting to take the boys there...but that required having some free time and both parents able to make it from the car to the trap. 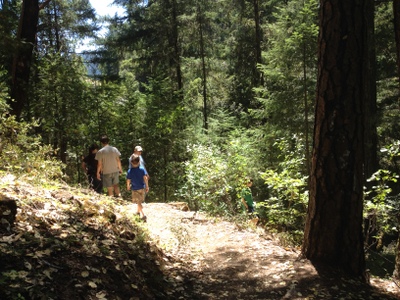 It's a much easier hike than the one through Ape Caves, although there are a couple of big fallen trees to clamber over. The trail is shaded and except for the first steep slope down, it's all uphill to the trap -- which means it's almost all downhill on the way back. That worked for me! 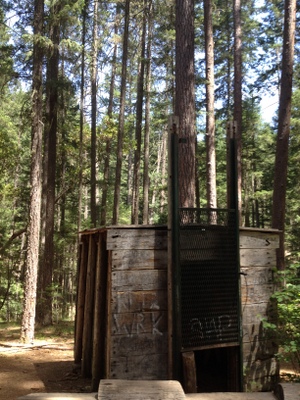 The boys did an awful lot of whooping, but no one answered. I hear that they only caught a couple of bears when the trap was in use. So that either means that there aren't any Sasquatches in this part of the forest, or that they're too smart to crawl into that big wooden box.

Too late, I realized that I should have brought the backpack. That would have made some great pictures, especially if I ever get around to doing a tutorial. We'll probably be back there sooner or later. It was a fun little road trip. 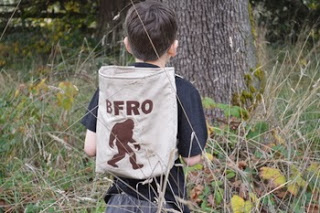 Are you in OR? What's your ravelry name?