On Sunday, my daughter and I headed up to the Goodwill outlets in Portland. We both had plans to take pictures and film video, but neither of us actually followed through on it. There really wasn't much of anything that was blog-worthy.

The first stop of the day was Value Village, because someone on a facebook thrifting group had posted a Barbie Mountain Ski Cabin that she didn't buy because it smelled so bad...and I wanted to see if it was still there just in case her "too musty" was something I could live it. I trusted her judgement, but I really wanted to see the thing in person. It was gone, but I found some vintage jigsaw puzzles to admire. I love them for their boxes, but so far I've been able to resist the temptation to bring one home. 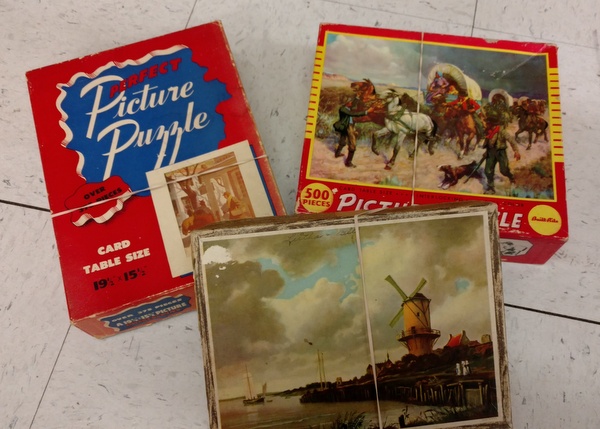 Is it a bad sign that I can recognize the local thrift shops by the shelves in the background of online photos?

Our main destination was the bins. We went through every bin in both of the Portland locations -- and then stopped at the Salem bins on our way back home. There wasn't much to take pictures of, but we found enough practical stuff to fill the trunk of her new car.

I didn't save any stitches. This quilt might have had potential if someone wanted to separate the top from the batting and backing and mend torn seams before re-quilting it. That someone wasn't going to be me. 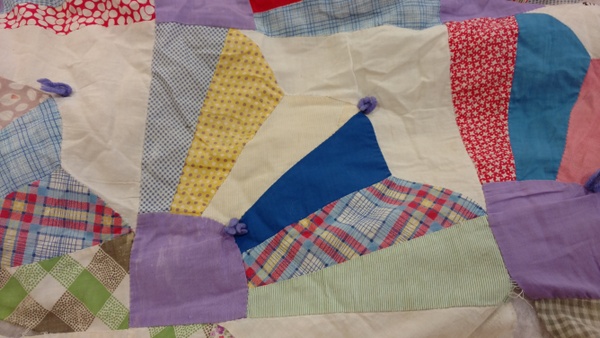 I couldn't figure out what was going on with this one. My best guess is that it was pieced from wool and then run through the washer and dryer many many times over the years.  The resulting texture was not pleasant. 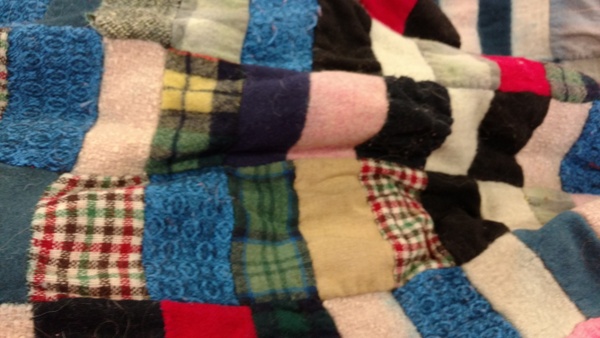 This empty box from 1971 had dated graphics, but I can totally see someone buying a similar product for their kids today. How can something so dated also be so current? 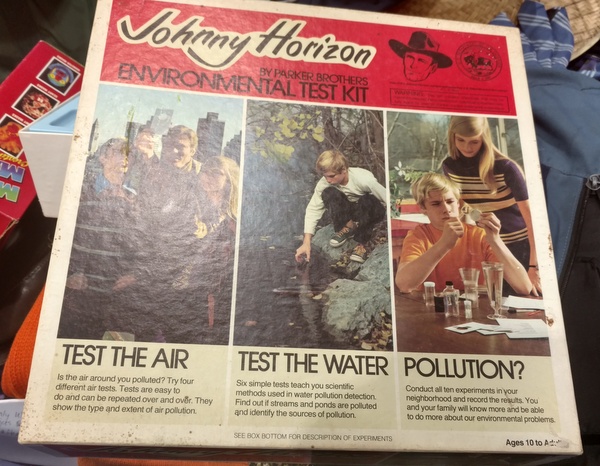 Depending on how you look at it, we had an extremely successful trip...or one that was kind of a bust.  We didn't find any great stitchy or vintage stuff, but I did get some warm, cheap, new-to-me sweaters and have a great time with my daughter.
Posted by Michelle at 3:47 PM