One of my goals for 2018 was to dig through my stash and get everything organized. No one actually thought that was going to happen, did they? It's still a confused jumble, but I did pull out some of my oldest yarn from the deepest corners of the sewing room and knit it up into shawls and socks. 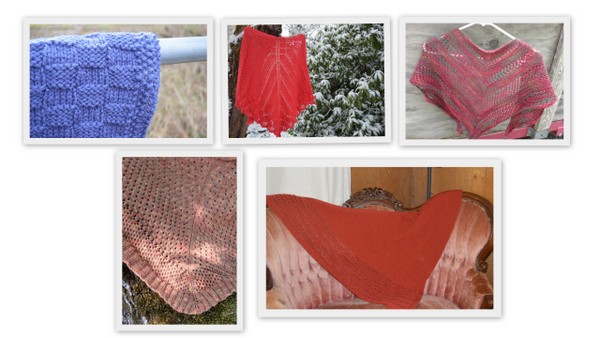 What counts as deep stash diving? I used December 2013 as a cutoff because five years is a long time and because "before hubby's accident" is a definite point that I can keep track of in my memory, along with "before we moved into the farmhouse." I can usually place my stash into one of those two categories if it isn't newer than that. There's a lot of guessing involved and if I wasn't fairly sure that the something meets the five year cutoff, I didn't count it as a stash dive project.

The yarn for the Campside Shawl definitely definitely falls into the oldest category. I first wound the yarn into a ball and swatched with it back in 2005.  I thought that the  yarn for the black and white socks was as old, but I searched old blog posts and it looks like it would've been from 2006 or 2009.

The contrasting heels in some of those socks are because I'd bought single skeins of yarn to knit socks for the boys when they were toddlers. That didn't happen and I've seen how they take care of their socks even now that they're old enough to know better. So I made socks for myself. 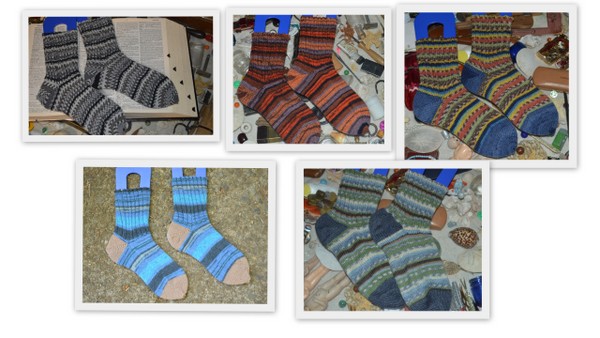 It's a lot harder to decide which projects count towards stash diving when it comes to cross-stitch. If I use old fabric and floss to knit a free download I just found and fell in love with, does that count? (I decided that it didn't.)

Stitching up a kit that I bought and packed away before the move definitely counts. 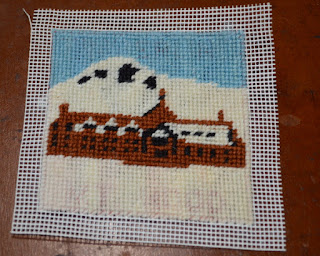 So does finishing a project that I talked about in my very first blog post from 2004. 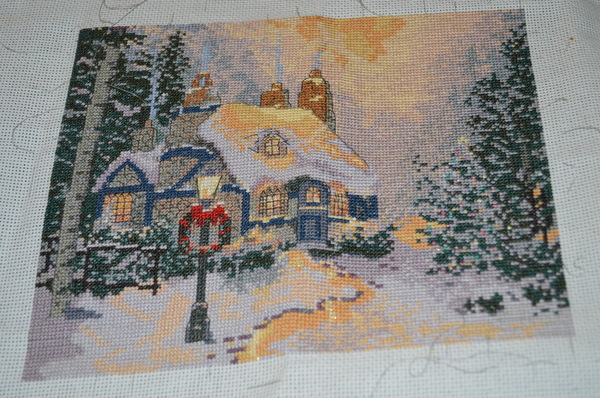 I'll definitely continue the stash diving into the new year. I wanted to get organized, but pulling out and actually using stash that had been almost (or entirely) forgotten may have been the bigger success. There's a lot more that I pulled out and haven't used yet and I'm really looking forward to casting on, or cutting it up for quilt blocks, or doing some stitching.
Posted by Michelle at 4:00 AM