I have a completely irrational love for old console television sets. We were still using ours until a few years ago, but that set was from 1986 and just a couple of years too new to be fun. There's a Youtube video that went viral a few months ago showing  how a guy hooked up new equipment to one of these old televisions. Exactly the same set up my husband put together years earlier, but we didn't realize it was supposed to be a big deal. Now we've got a boring new flatscreen, but that doesn't stop me from drooling over the old sets.

This was in the living room of the estate sale I posted about last week. It's exactly the kind I wish I could have. 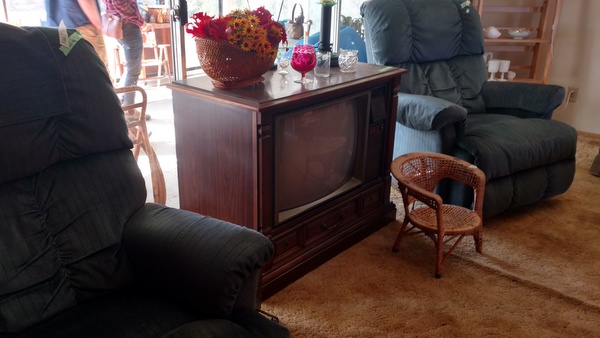 This one was out on the enclosed porch and the tag said that it worked and I could've bought it for $12.50 on Saturday or whatever the final get it out of here now price was on Sunday. There isn't room for this in my house. I was reasonable and practical but I'm going to sulk about it for a while. It had a radio and a phonograph and probably an 8 track player. No, even I'm not deluded into thinking I'd really use an 8 track player. 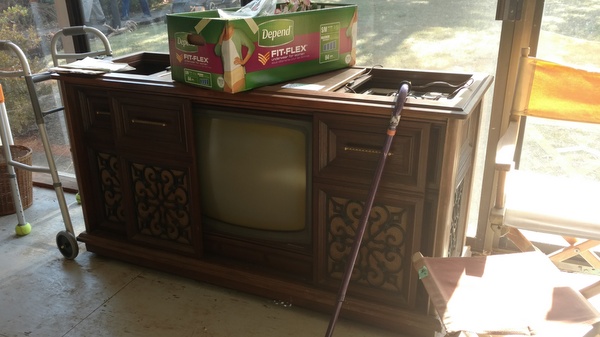 This one was also on the enclosed porch. I didn't even look at the price because I knew it would make me sad. 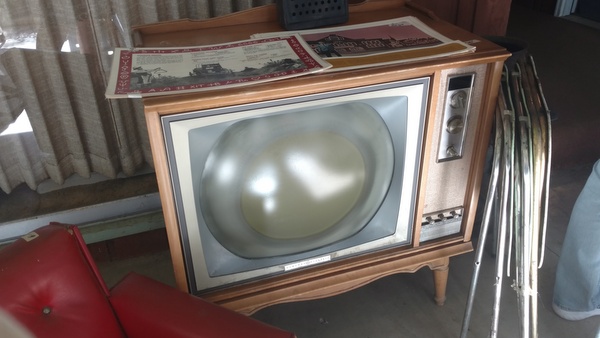 One of these days I might be in the situation to rescue one and convert it into something neat. We see sets like the one in the top picture with free signs on them on a pretty regular basis. (I bet they'd have thrown all three of these in with the truck if it hadn't been snatched out from under us!) 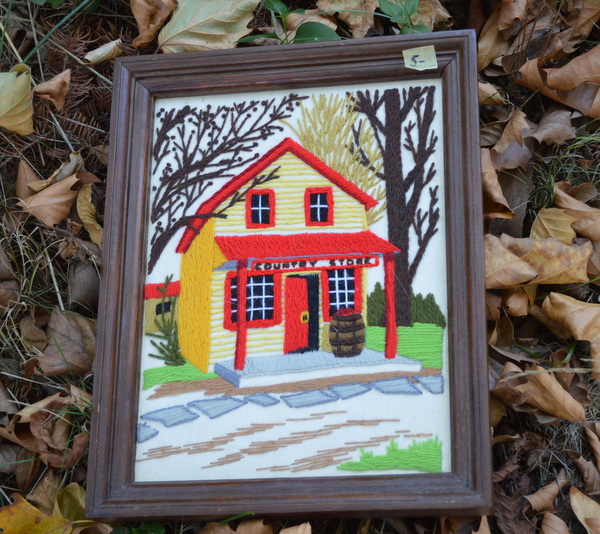 I got these five needlework pieces, two original text Nancy Drew books, and a couple of vintage calendar tea towels, all for under four bucks. It's hard know because they were making bundle deals and there were a couple of things the boys had to have.

Half price would've been $1.50 for the set of four needlepoint pictures and $2.50 for the crewel country store. I paid less than that. 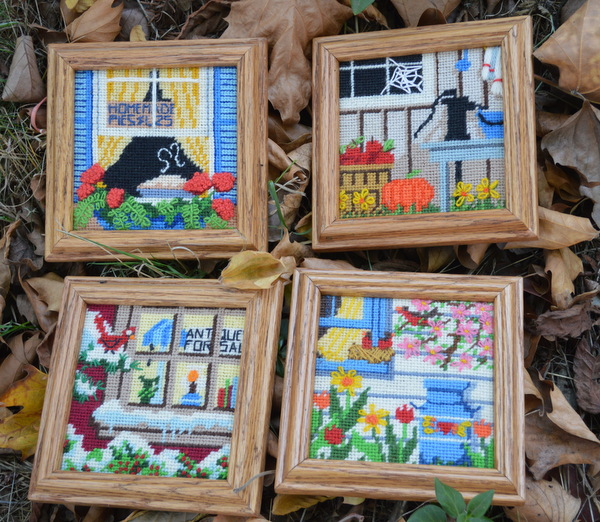 This are exactly the sort of vintage needlework that makes my heart go pitty pat. Of course I'd have been happier if they were unstitched kits, but I couldn't leave them behind.

I remember watching tv on a set just like that third one!! Our friends had a tv long before we did, and when you turned it on and off, you had to wait for the little speck of light in the center of the screen to get bigger (on) or smaller (off)! Wherever you live, you get to go to some really neat estate sales!! Thank you for sharing!