You Can See the Trees Again! (And Almost See the Mountains) 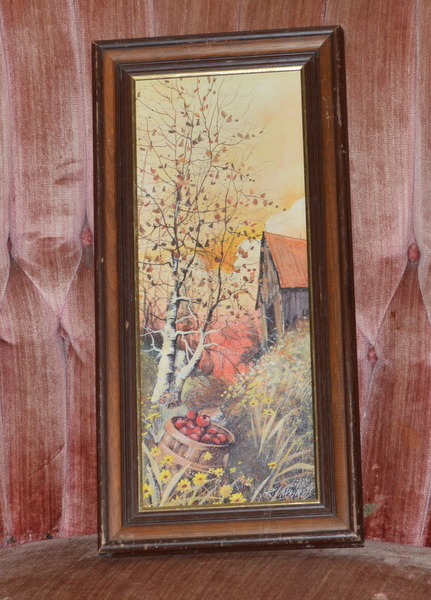 After weeks of complaining that the real life sky was the wrong color, I went out and bought a painting with a similarly colored sky. That makes sense, right? As a painting, I love the way this looks. Because it's a painting and maybe, in the world where the artist lives, it's just a normal run of the mill sunset and there isn't anything ominous going on in the distance.

I also love the way that the colors go with my couch.

On Saturday I drove up to the quilting group in Salem and for the first time in weeks I could see the trees at the far end of the fields, and the hills beyond that, and sort of make out the outlines of distant mountains. The sky is blue again...or a normal shade of overcast. 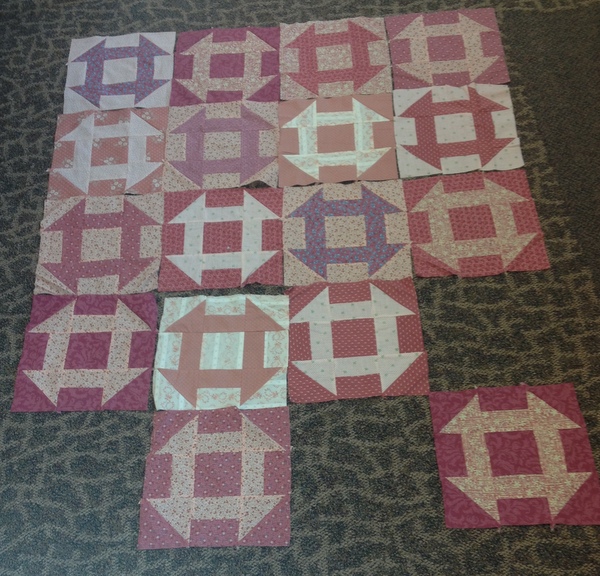 The carpet at the church provides lots of space for lying things out, but it's an awful color to photograph quilt blocks against.

I either need three more blocks...or eight more blocks. I'm still deciding whether this quilt wants to be 48x60 or 60x60.
Posted by Michelle at 4:00 AM