Our middle son's birthday is in late October and every year we celebrate by going to the pumpkin patch. It's usually not on his actual birthday, because the fun activities are only open on Saturday and Sunday. And we usually wind up going the last possible weekend.  Thanks to a news segment I saw Friday night, we tried something different this year.

We went on the first weekend they were open for the season. Guys, it was amazing!  There was no mud. (Last year I borrowed my daughter's car because I was so worried about the minivan getting stuck in their soupy parking lot.) It was warm, even when I wasn't running around chasing the boys. It wasn't raining. (Because it wasn't the last possible day, if there had been rain in the forecast we would've waited until next weekend.) There were hardly any people at all compared to the usual late October crowds. 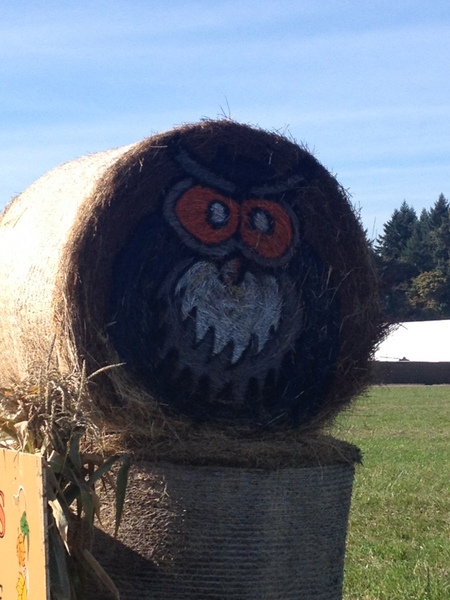 This is going to be the plan for next year, because it was so much more fun and less stressful. The boys got to do every activity they wanted to do, over and over and over. I think they spent a couple of hours just jumping on the big inflatable pillow thing. (In case you couldn't guess, I brought my knitting and didn't mind sitting and waiting for them.)

I still don't like corn mazes all that much. It's easier when you're not carrying toddlers, and when the kids are old enough to either not dash off or find their way back if they do, but we did an awful lot of wandering and were thrilled just to find the entrance again. 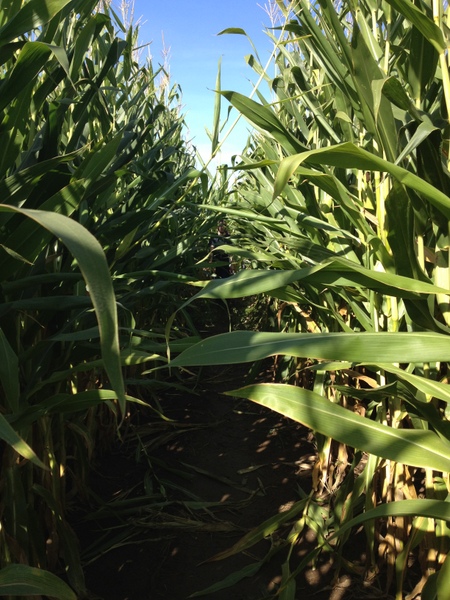 I did make it all the way through the dark maze this year and found the exit instead of giving up, which is what we've being doing for the past three years. And I did it all by myself since the boys abandoned me in there.

Now I really, really need a nap.
Posted by Michelle at 6:52 PM

Just saw this post. Must have missed it when it came out. The corn maize sounded like a lot of fun. What happens if you give up and can't find the exit. How do you tell someone to come get you.? I think I've never done one that I remember, but if it wasn't too big, I'd try! :)