On Halloween morning, we were shopping for costumes. I'd already told the boys that we couldn't go out and bought plenty of candy to compensate, but then Hubby came through and got the van fixed in the nick of time.

The last minute costume hunt ended in one son wearing his evil clown mask for the second year in a row (with the addition of a thrifted clown suit) and the other in zombie scars that were literally painful to look at. Most of the year, they don't care that their big sister is a beauty blogger, but on Halloween it pays off.

While they were searching the racks at Goodwill, I dug through the craft stuff and found a couple of old stocking kits that weren't even remotely exciting. Then I found this cross stitch box kit from Whiskey Creek. 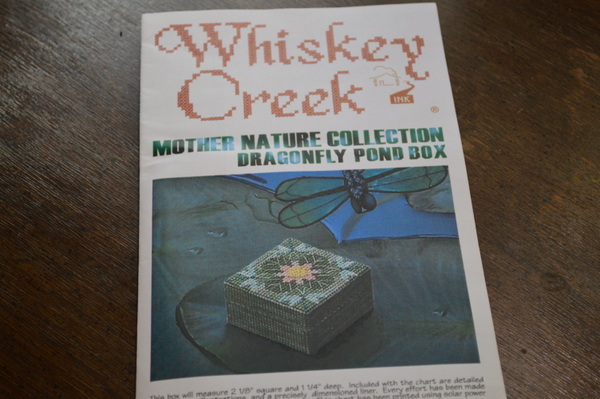 I splurged on a different one when they came out years ago and haven't stitched it up yet, but when you find another one for ninety-nine cents, what else is there to do but add it to the stash.

Under that was this Crabapple Hill pattern. You already know how I feel about her designs, and about Halloween project in general, so that was also no brainer. 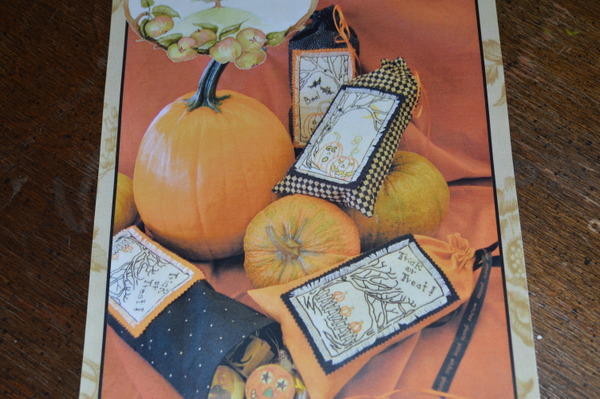 And then there was the biscornu pincushion pattern. I love those and I like The Sweetheart Tree. There's a little post it on the front that says complete, which puzzled me because how can a one page pattern not be complete?  Turned out that it's a kit with fabric and floss and beads and needles included. 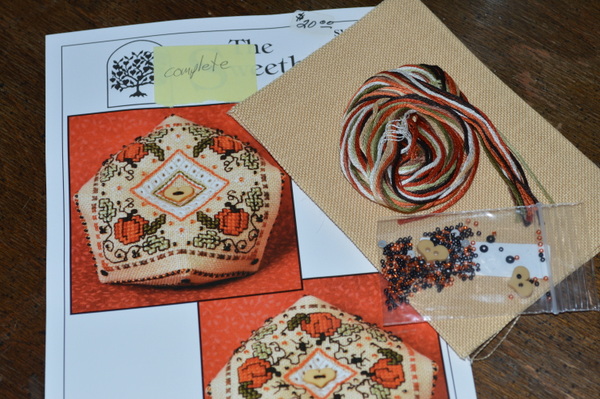 I did hesitate over this one. There was no picture of the project, just a line drawing, but the buttons were pretty and I know that Just Another Button Company Buttons aren't cheap by any stretch of the imagination. I didn't realize until I got it home that the package also includes the overdyed floss and the linen. It took a lot of digging online, but I finally did find a picture of the finished project. 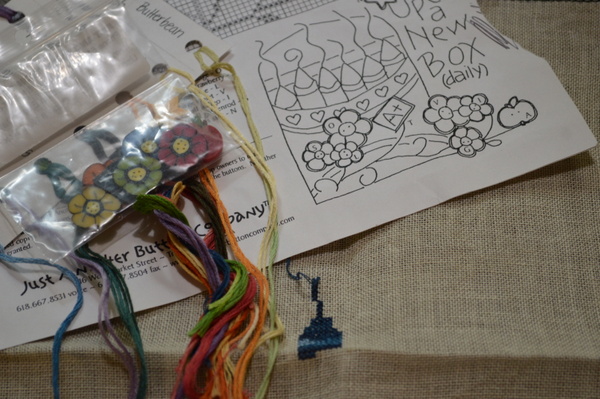 This is my favorite pattern of the bunch. Do I pick out the little bit of stitch that's been done already, or try to grid the fabric around it and trust that the last stitcher did her part right?

We went to three more thrift shops, but there was nothing fun in their craft sections. What I found at the first store was so well hidden that I think I'm going to have to get better at digging.
Posted by Michelle at 4:00 AM

That dragonfly box is the bomb! I found very little this weekend, I think the thrift shops are exhausted from the changeover from Halloween to Christmas *grins* I have also shopped them to death, gonna have to take a month hiatus for their stock to turn over.

I say leave those stitches in and think of it as a group project, sort of. You'll know soon enough if those are wrongly placed. I love your finds and just wish I had the thrift store urge, but Tuesday Mornings is enough for me.