the cave where Big Foot attacked -- or close enough! 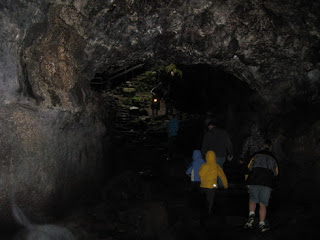 Our family does a lot of things that could be described as field trips, but we never actually call them that. As far as the kids are concerned, they're just what we do, not part of school. And it's not part of school -- we did this kind of stuff loong before we even had kids and will continue to do it after they're grown up and off somewhere doing things with their own families.

A couple of weeks ago, we took the kids to hike through Ape Cave, a lava tube near Mount St. Helens. It was their first time, although I can't figure out for the life of me why we'd never taken them there. It's a cave. And it has a history of Big Foot attacks -- although it turns out that those were actually at nearby Ape Canyon. How much do six and seven year olds care about geographical accuracy? 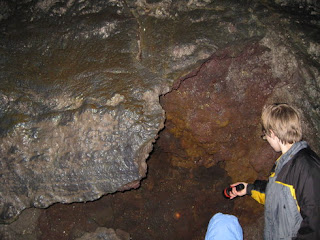 I couldn't have done this last summer, or the year before, but my knee made it through the cave just fine. And we've hit a huge milestone, which I kind of missed when I was working on my knee and being able to hike without a cane. After fifteen years, I no longer have to carry another human being while hiking. That makes such a huge difference! 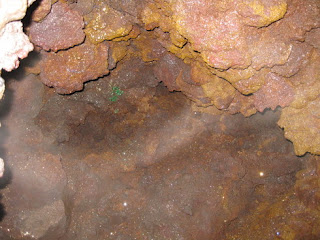 On the trail to the cave entrance, we passed a group of kids preparing to go down inside. Very few of them seemed happy about being there. One the was down the steps into the cave, we passed a second group on their way out who warned us about how long and boring it was. That's one of many reasons we usually do these things as a family instead of as organized field trips. I can listen to my own kids whine (which they rarely do), but I don't want to put up with strangers' kids.

This isn't the first lava tube we've taken the kids to, but they're always up for caves. And caves near where Big Foot has been seen? I've got a tribe of budding cryptozoologists here!

When Education Outdoors sent us a copy of their new board game Mysterious Creatures to review, the boys were ecstatic. It's got the usual critters -- Big Foot, Chupacabra, the Loch-Ness Monster, the Yeti....and a few that I'd never heard of. 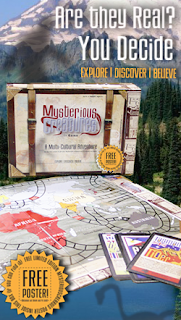 At the start of the game, each player draws a card which determines which creature they'll be hunting for. You journey across the game board map, travelling from country to country to gather three pieces of evidence -- a photo, a piece of physical evidence, and a film. (Some of the film evidence can be viewed on the Mysterious Creatures website.)

Honestly, my boys were more excited about reading the creature cards and the evidence files to settle down long enough to play the game properly. But the graphics and packaging are fantastic and I can definitely see how it would teach the kids some geography as they navigate the map.

This post is linked to Works for me Wednesday at We are THAT Family.
Posted by Michelle at 6:25 PM

How cool! Friends of ours just hiked this last weekend... I had never heard of it before that. Sounds like a fun family hike!

Funny we went to a cave last weekend too.