I had all kinds of fun with these socks. Originally, I was saving the yarn to knit with last October so they'd be Halloween socks. I wound up knitting the Bayou socks instead and this yarn sat in my stash until I realized that we'd be going to The Stanley, the hotel that inspired The Shining,  and it became my Haunted Hotel Socks. 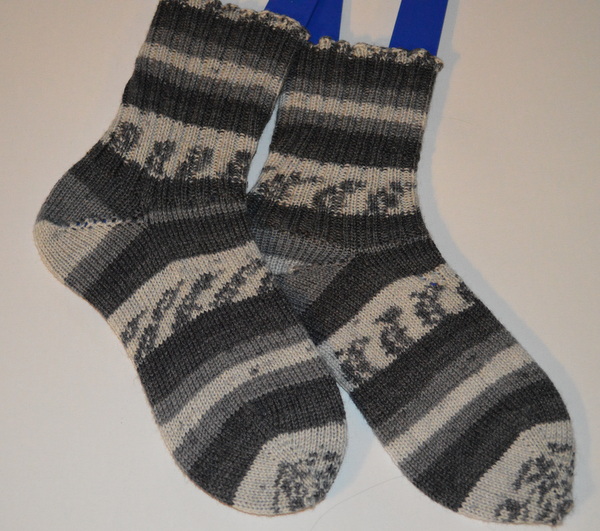 Do you see rabbits in the foot of the right hand sock? I was working on them in the car, thinking would be neat if I could describe the self-patterning blobs as ghosts and then I realized that they looked like rabbits....and one of the topiary animals in the book is a rabbit. I'd sure like to know how I wound up with rabbits on one when the other sock, which is the same stitch count on the same needles, did the jacuqard thing I was expecting in the first place.

The partially finished socks did spend the night in the hotel with us, but I didn't get any knitting done because I was too busy wandering the hallways with Teenage Son. 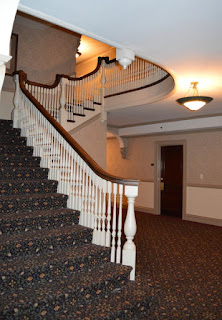 When I knew for sure where these socks were going, I decided to add a couple of ghostly faces, based on the ones from the Faces in the Walls socks I knit earlier this year. They're not quite the same because I was working toe up and didn't want to pull out the original pattern. 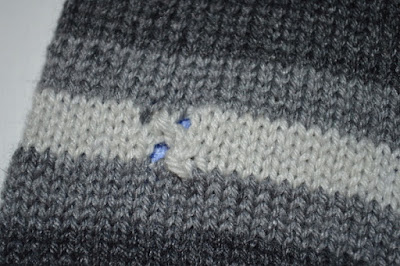 And, as if the rabbits weren't enough of a surprise, look at how those stripes match up. I just started the second sock where I'd broken the yarn from the first one...and they line up better than they would have if I'd been trying to do it on purpose. 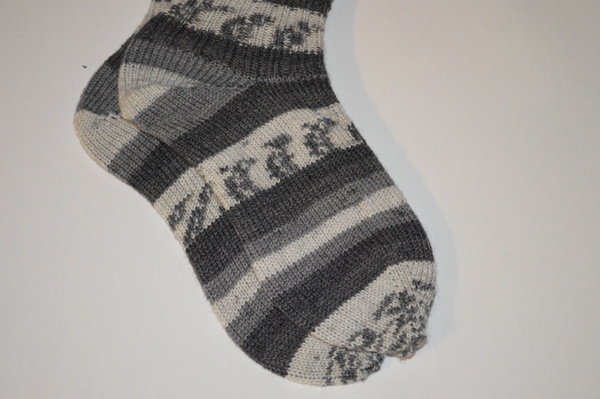 This post is linked to Patchwork Times, Yarn Along, iknead2knit Life and Yarn or Yarn and Life.
Posted by Michelle at 4:00 AM

The line up of stripes is amazing. I do see rabbits!

Fun socks! One would think you worked for hours doing the matching-thing!

Haha! What fun. I love the "rabbits". Now you have a great little story to tell. :)

Great socks... it is always a mystery to me when you get some design with the jacquard parts... I do see the rabbits and I love them!

I love your socks. The stripes indeed match perfectly. This kind of feat always amazes me. And yes, I see the rabbits. :-)

I love homemade socks....you are wonderful!! (Rabbits and all)