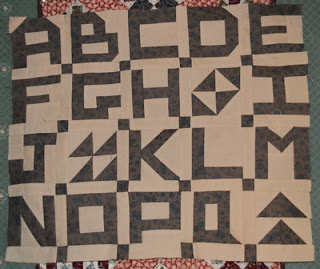 This is one of those rare times that my design wall photo is actually of something on a wall. The directions for the last of the Little Letters blocks are up at  Temecula Quilt Company, which was just the little shove I needed to get back to work on my quilt. I'd set it aside after my letter "I" came out all wrong. Not sure what I did to the first one, but the second one is all nice and square.

I want a pieced border to add to the antique sampler look, but I'm not sure if what I'm picturing in my head will work or not.

The fabric I'm using is a black on dark grey that looks solid unless you're right on top of it. I'd bought a whole bolt when Joann's was closing one of their local stores to reopen in another location and it's been waiting for the right project. This isn't going to make a huge dent, but I'm glad I had it to use, and I don't mind having yards and yards left over. 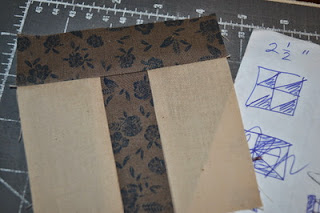 Sunday was a good day for piecing. A dozen or so Little Letters blocks and a bunch more of the red blocks for Chocolate Covered Cherries... Not what I'd planned on piecing, but that project derailed as soon as I took a good look at the pattern. 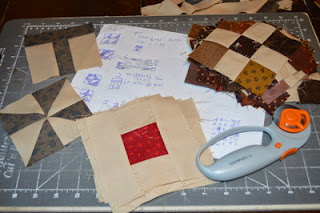 This post is linked to Patchwork Times.
Posted by Michelle at 4:00 AM

I love this alphabet quilt - I meant to start one but never got around to it and it is sooo cute! great work!