have a Halloween ghost hunt! 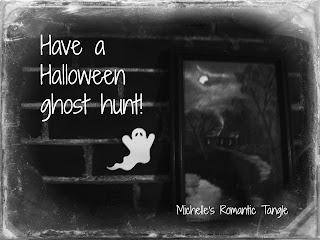 A pre-Halloween ghost hunt is just the thing for a couple of little boys who love all things scary and creepy.

I started by making a bunch of ghosts. I was thinking that I'd have to come up with a ghost shape myself, then I remembered that I have the Ghosts #2 die for my Sizzix. I'd never suggest buying a die just for a project like this, but you might as well use what you've got. Or trace around a cookie cutter, or find some clip art online, or make little ghosts by wrapping Tootsie Pops with tissue paper...whatever works for you! 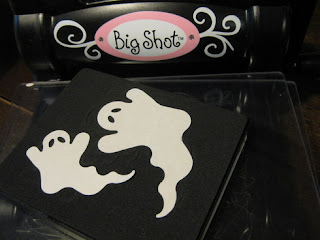 I sent the boys outside to play with the big kids, then set up our ghost hunt by taping ghosts around the house. Some were easy to spot. Others were in high corners or on sides of furniture that aren't in our usual lines of sight. Once the house was full of ghosts, I took a picture of the ghost on the fireplace, took down that ghost, and went out to call my boys.

"Come here....quick! I saw something in the house..." Even the twelve-year-old came to see what I'd found.  I showed them the picture on my camera and told them that the ghost from the picture had flown away, but there were lots more. The whole house was full of them. And someone had to catch all of those scary ghosts... 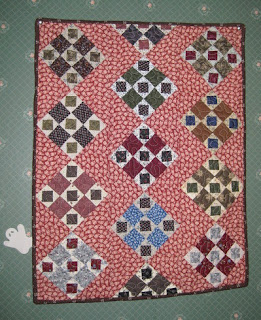 I really didn't expect to get such a reaction from die-cut paper ghosts. It was probably all of Mommy's screaming and shaking and terrified reactions that they loved. As soon as they found all of the ghosts, we had to hide them again. And then someone stuck one on the cat. Now they tell me the cat is possessed.

I wouldn't try this game with little ones who might be scared by the idea of ghosts in the house, but my boys aren't too concerned about things that go bump in the night. Once Halloween is over I think we'll try it with paper bugs -- they're both huge fans of Billy the Exterminator and the Turtle Man!

What a fabooolous idea! i will have to try this.

What a great idea. I don't think that I should give it a try here yet as I have to remove all of my "scary" things when some of the children come over during this season. LOL

Oh my gosh you are the BEST MOM EVER! How fun is that!!!

Cute idea! I did this for my little sister's 5th grade Halloween party. Lots of fun!