Look What Drifted into My Home... 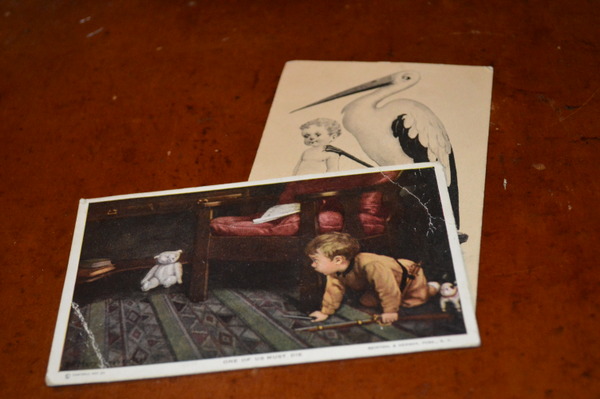 I've  got this ongoing fascination with ephemera and while Teenage Daughter and I were at the used bookstore waiting to find out if they had what we needed for a Christmas gift, we saw a box of old photographs and postcards on the edge of the counter and started looking through them. I've been collecting old baby photos for a project and thought I might find something interesting.

None of the photographs appealed to me, but then I saw this... 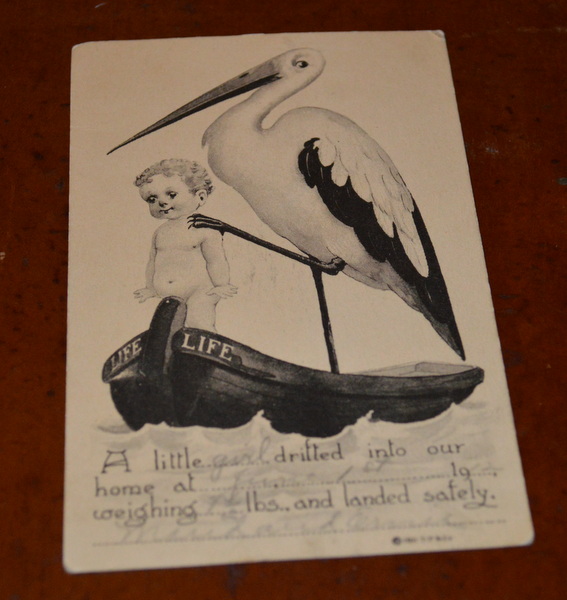 I think the weight might say 12 pounds. Whatever it is, it's  double-digits. The pencil is so faded by time that it's hard to make out. It was sent to Mrs. Geo. T. Smith in Sioux Rapids. 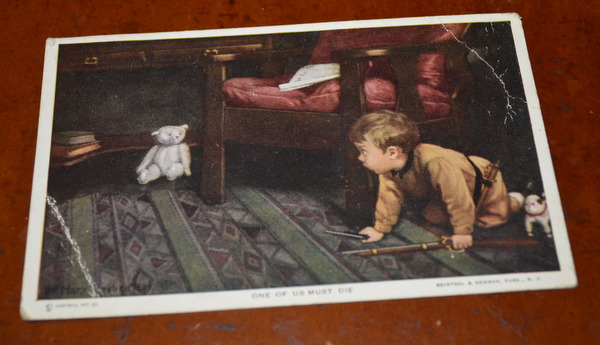 ONE OF US MUST DIE

This one was sent to a married woman in Grand Junction, Colorado in June of 1911. There's a lengthy note on the back that continues sideways along the edges, but it's so faded that I can only make out a word here or there.

It's that picture on the front that I fell in love with. How times have changed! I know little boys still play at hunting (with mine it was zombies instead of bears), but I can't imagine that this illustration would go over as well today. It looks to me like the brave little hunter has a gun in each hand and a knife in his belt and he's just a bit nervous about what he's getting himself into. But you know he's going to be snuggled up under the covers with his teddy as soon as it's bedtime.

There were so many postcards there that I think we could have recreated several family vacations by putting them in order, but at two bucks a piece that was out of my budget.  If I ever find an affordable box at an estate sale, though, they're  coming home with me!

This post is linked to Let's Talk Vintage,
Posted by Michelle at 4:00 AM

I think the weight is 7 1/2 pounds and the names are Maud and Ernie (the parents). The handwriting is similar to my grandmother's (I have her recipe book). What a great find.

So the stork's been involved in births a long time, I guess!

Teddy bears were named after Teddy Roosevelt, in...? But that one's got the general face and shaping of the ones associated with him, if I remember right.

Hi Michelle! I love vintage ephemera... stop by if you get a chance, I have featured everyone on the blog today!