As soon as I finished that pair of dogs with the cross-stitched collars, I knew that I wanted to get to work on this lamp. 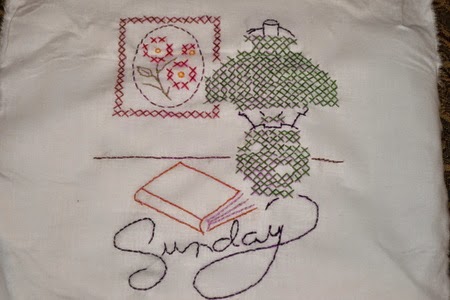 I found the pattern at Value Village and almost passed it up because I didn't like the idea of mixing cross-stitch with my embroidery.  I think the problem was that I hadn't seen it done and couldn't picture the finished results. 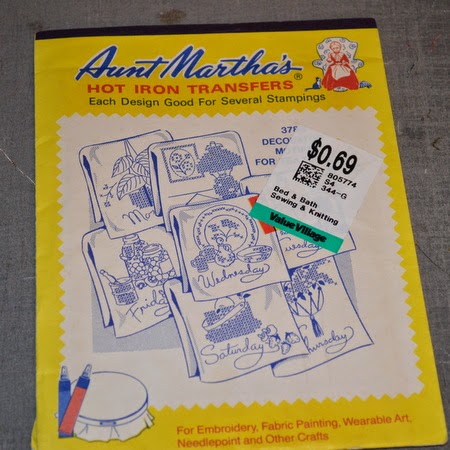 The package was still factory sealed. When I opened it up, there was only the faintest trace of transfer ink left on the sheet. I didn't pay much for the pattern, but that wasn't the point. I wanted to stitch that lamp! 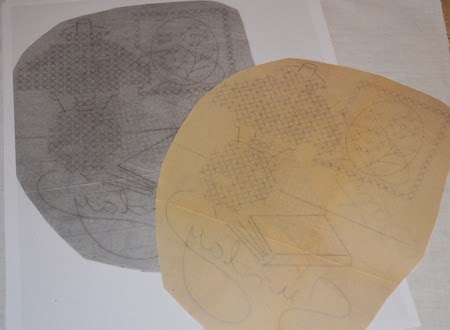 I did try using the iron on, but there was just enough ink to wreck a piece of white muslin. Then I copied it as darkly as the printer would do it and traced with the iron on transfer pencil. Because, come Hell or high water, I was going to stitch that lamp!

Now I want to do the jars of mushrooms, but I'm not looking forward to the copying and tracing routine and I seem to have misplaced my special magic pencil.
Posted by Michelle at 4:00 AM

I love seeing all the vintage stitchery designs you're doing! How are you going to use all the embroidered pieces?